The best-known director of this year’s film nights, the Italian Nanni Moretti, achieved great success in 2011 with his tragicomic film, Habemus Papam (We Have a Pope) which was screened at festivals as well as in cinemas. With intellectual wit, the film describes the religious hesitations of a cardinal chosen as the new Pope at the critical moment where he should step on the balcony of St. Peter’s Basilica to be introduced to the crowds as the new Pope. European cinema legend Michel Piccoli, who plays the part of the protagonist, makes the role entirely his own, while the atheist director himself plays a psychiatrist who is called to counsel the new head of the church.

A long excerpt of several minutes from Arvo Pärt’s Miserere can be heard at the culmination of the film. 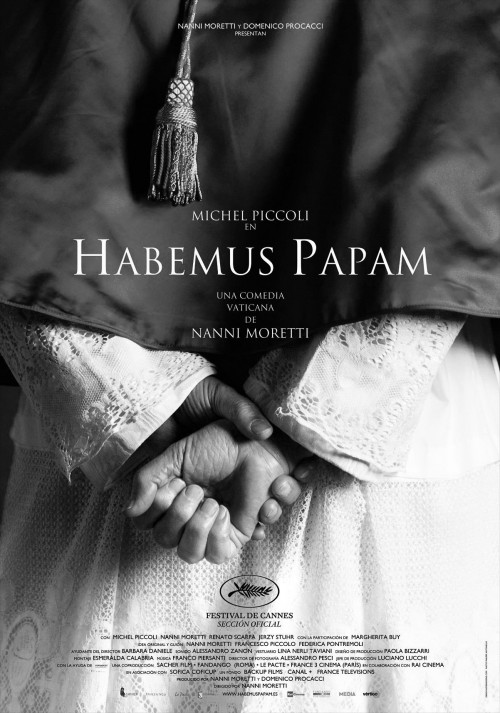