The last days of November brought joyous news to the Arvo Pärt Center. On 27 November, the Patriarchal Synod in Constantinople canonised Staretz Sophrony of Essex, who during the last decades of his life had been closely connected to Arvo Pärt and his family.

In the Center, which just marked the first anniversary of its opening, there is a chapel dedicated to two persons who have played a significant role in the life of the composer. After roughly a year of work by iconographer Deacon Nikita Andrejev, the main chapel wall now displays St. Sophrony and his spiritual teacher, St. Silouan of Mt. Athos. The texts of both saints have an important place in the works of Arvo Pärt.

The Center is pleased to announce that from now on, the little Greek-style chapel, located in the Center’s largest inner courtyard, will be called the Chapel of St. Sophrony of Essex.

Saint Sophrony (1896-1993), born Sergei Sakharov, was a Russian artist who as a young man left for Mt. Athos, the Holy Mountain of Orthodox monasticism, and became a monk. On Mt. Athos, he met Staretz Silouan, one of the greatest saints of the Eastern Christian Church of the 20th century. After the passing away of his elder, the publishing of St. Silouan’s writings became one of St. Sophrony’s most important tasks.

The second half of St. Sophrony’s life was dedicated to the Community of St. John the Baptist in Essex, England, the Orthodox Christian monastery that he founded. He served as a spiritual guide to the monastics and laymen who looked to him for help.

In the words of Arvo Pärt, the monastery founded by St. Soprony is like a “cell of love” – an example of how love can exist in the world in this day and age.

Staretz Ephraim, the abbot of Vatopedi monastery on Athos, has said: “The blessed Staretz Sophrony is a great figure of our Church. He is one of those that set the standard for our time. He was raised within the Orthodox ascetical tradition and encountered it in its purest form, represented by the Athonite tradition. He sought to acquire a mode of thought and an experience which rendered him not simply one of many theologians of the spiritual endeavour, but in truth a great theologian. He was educated in the secular world and was an expert in the doctrines of his contemporaries, those who laid down the foundations of the religious philosophy which influenced not only the Russian emigration in the West, but also many Greek theologians; thus, he could give authoritative answers to the questions posed by contemporary philosophical and theological thought.” 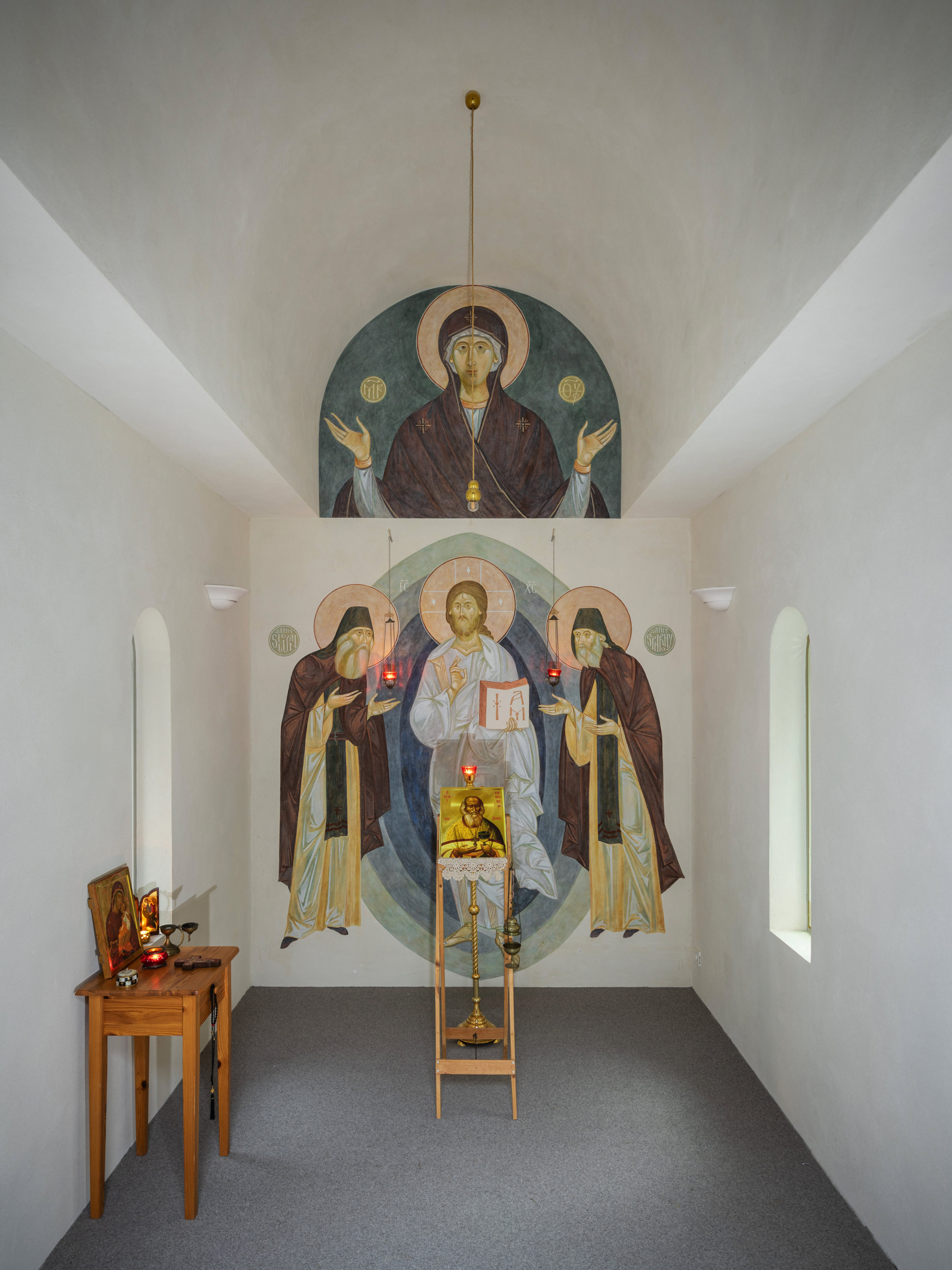