Today, on the occasion of the 104th anniversary of the Ministry of Foreign Affairs, Foreign Minister Urmas Reinsalu honoured diplomats and partners from Estonia and beyond with the Crosses of Merit for their notable contribution to the Estonian foreign service, foreign policy objectives and Estonian statehood.

This year, alongside politicians and diplomats, the highest recognition of the Ministry of Foreign Affairs is also awarded to the composer Arvo Pärt, whom the Ministry thanks for raising Estonia’s profile in the world. On behalf of Arvo Pärt, the Cross of Merit was accepted by his son, Michael Pärt, Chairman of the Council of the Arvo Pärt Centre.

The Cross of Merit, First Class, for extraordinary services in raising Estonia’s profile in the world, and contributing to Estonia’s independence or important international cooperation is awarded to Estonian Ambassador in Kyiv Kaimo Kuusk and Estonian Defence Attaché in Kyiv Vahur Murulaid, and to Ambassador of the European Union to Ukraine Matti Maasikas.

The highest recognition, the Cross of Merit, First Class, is also awarded to Ukrainian President Volodymyr Zelensky and Ukrainian Foreign Minister Dmytro Kuleba, who have also been defending the security of Europe throughout this year. The Ministry of Foreign Affairs is also recognising former British Prime Minister Boris Johnson with the Cross of Merit, First Class.

Among Estonian cultural figures, the Cross of Merit, Second Class, is awarded to Tiia-Ester Loitme, the long-standing head conductor of the Ellerhein Girls’ Choir for popularising Estonian choral music, and Marcus Kolga, a journalist and political scientist.

This is the second year that the Crosses of Merit of the Ministry of Foreign Affairs, First and Second Class, have been awarded. Arvo Pärt is the first cultural figure to be honoured with the Cross of Merit, First Class. 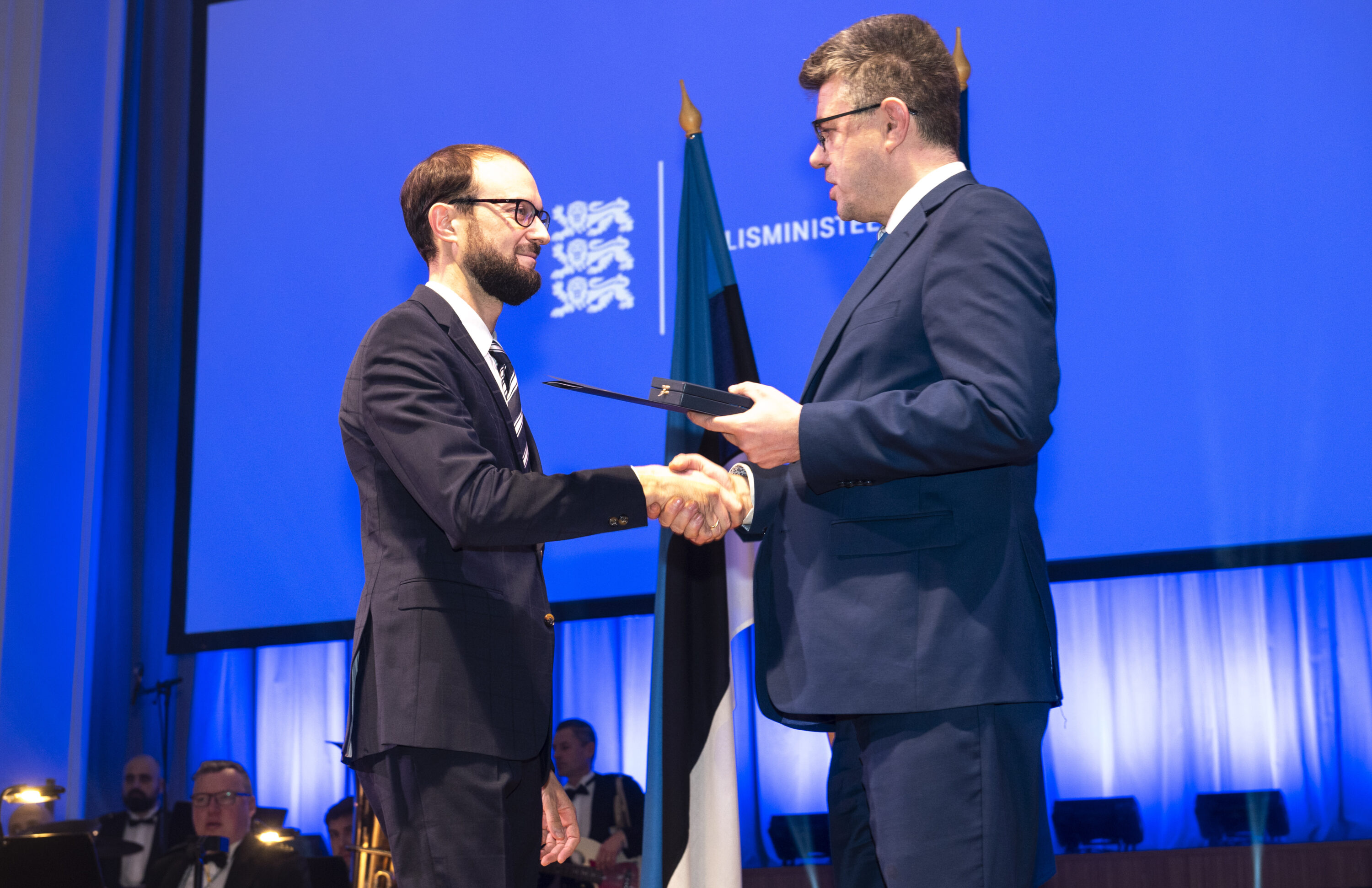