The singing and acting society Estonia was founded in 1865. After the establishment of the professional Estonia Theatre, the activities of the Estonia Society were related to the construction of the new theatre and concert hall, which was inaugurated in 1913.

In 1919, with the establishment of the Tallinn Higher School of Music, the society laid the foundation for professional musical higher education in Estonia. In 1923, the Higher School of Music was renamed the Tallinn Conservatory, and in 2005 it was named the Estonian Academy of Music and Theatre. With the arrival of the Soviet occupation in 1940, the society ended its activity. It was re-established in 1990.

The Estonia Society has 293 members in Estonia and 15 members in other countries. The chairman of the society is Mart Mikk. 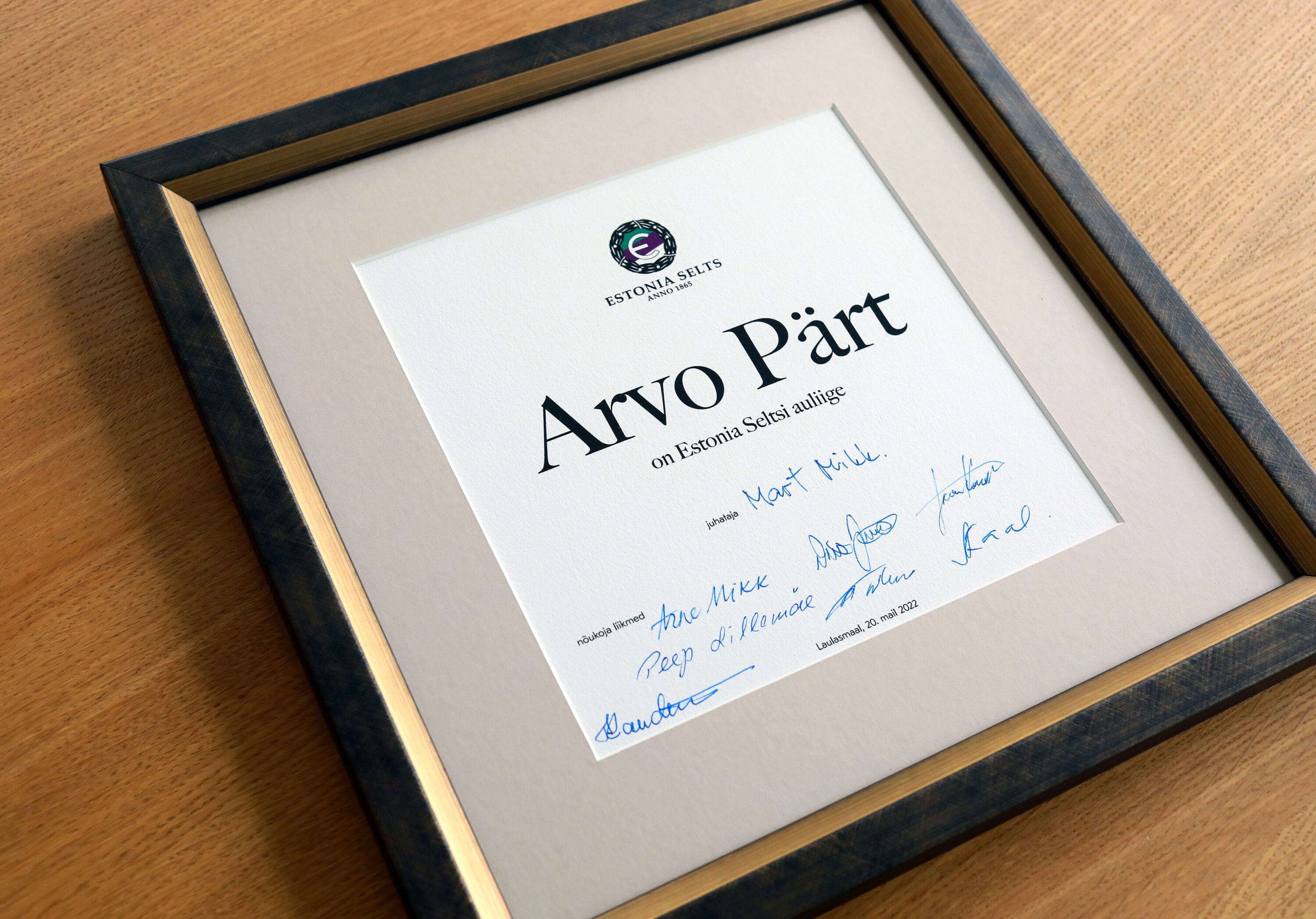