The series “Week-end” organised by the Philharmonie de Paris will dedicate their 19 and 20 September events to the work of Arvo Pärt. These two autumn days include various events including concerts, film screenings and also a discussion panel “La Tribune – Arvo Pärt”.

On Saturday 19 September, three films that feature Arvo Pärt’s music will be shown at the conference hall of the Philharmonie de Paris – Gus Van Sant’s “Gerry”, Denis Arcand’s “Les invasions barbares” and Paul Thomas Anderson’s “There Will Be Blood”. The high point of the evening will be a concert dedicated to Arvo Pärt’s work, taking place at the brand new concert hall. At the concert, titled “Orchestre de Paris”, the orchestra bearing the same name will perform works from Pärt’s entire creative career, conducted by the principal conductor of the orchestra, Paavo Järvi. In addition to the premiere of “La Sindone”, the audience can enjoy works such as “Credo”, “Cantus in Memoriam Benjamin Britten”, “Summa”, “Silhouette”, Symphony No 3 and “Passacagllia”. The event will bring to the stage many well-known soloists including the violinist Viktoria Mullova, the pianist Romain Descharmes and the choir of the Orchestre de Paris.

On Sunday 20 September, two further concerts will take place. At the Philharmonie 2 hall, the audience can enjoy the chamber concert “Résistance et Exil”, in which the musicians of the Orchestre de Paris perform works by Shostakovich, Ligeti as well as Arvo Pärt’s “Fratres” and a quartet arrangement of “Summa”. The highlight of the day will be, however, in the larger Philharmonie 1 hall, with the symphony concert “Tabula rasa” which focuses on Estonian music and musicians. In addition to Pärt’s “Fratres” and “Swansong” the title piece “Tabula rasa” will be performed; alongside Viktoria Mullova, the Estonian violinist Mari Poll will also take to the stage. The world premiere of “Sow the Wind”, a piece by Erkki-Sven Tüür commissioned by the Philharmonie de Paris and Orchestre de Paris, will also take place under the baton of Paavo Järvi. The day concludes with a discussion open to all interested in music led by David Christoffel.

It is also worth noting that as part of the lecture series “Minimalisme vs Sérialisme” starting on 7 September, the first lecture by the music scholar Jacques Amblard focuses on Arvo Pärt’s music. 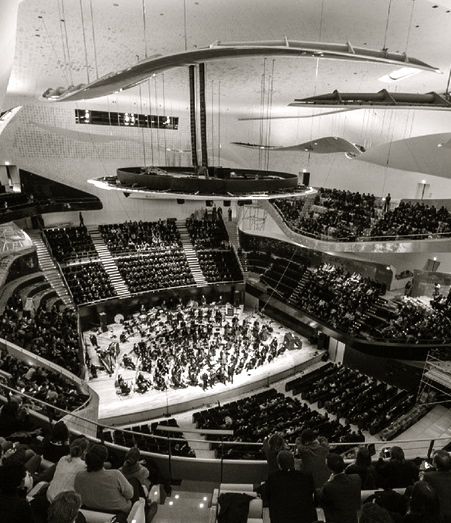