The Playing Pärt DVD released in Spring 2012 is a joint creation by the Arvo Pärt Centre, the Collegium Educationis Revaliae school, the film studio Minor Film and the music publishers Universal Edition.

In Winter and Spring 2011 Arvo Pärt was invited by the school to help them prepare a concert of his music by working with children ranging from kindergarten age to final-year pupils. Film director Dorian Supin and the film studio Minor Film recorded the whole process of the rehearsals and the concert and these recordings were used to make the DVD set, which contains two DVDs. Disc 1 Rehearsing Pärt (201 min) shows the composer leading the rehearsals, and disc 2 Playing Pärt (75 min) shows the final concert itself.

In the words of school director Peeter Sarapuu, “Musicians and musicologists have throughout history dreamt ‘If only it were possible to ask the composer himself …’ In this DVD that dream becomes reality. The finished DVD set is a valuable historical document, especially the first disc which covers the process of the composer teaching his works to the performers, explaining his understanding, his thoughts and his vision, and how he sees these pieces today. It is a wonderful source of information, not only for music students but also for experienced performers and music researchers, or indeed anyone who wants to get deeper into the creative work of Arvo Pärt.”

Great support was given for the making of the DVD set by the Cultural Endowment of Estonia and Swedbank.

The DVD is available from the Arvo Pärt Centre webshop. 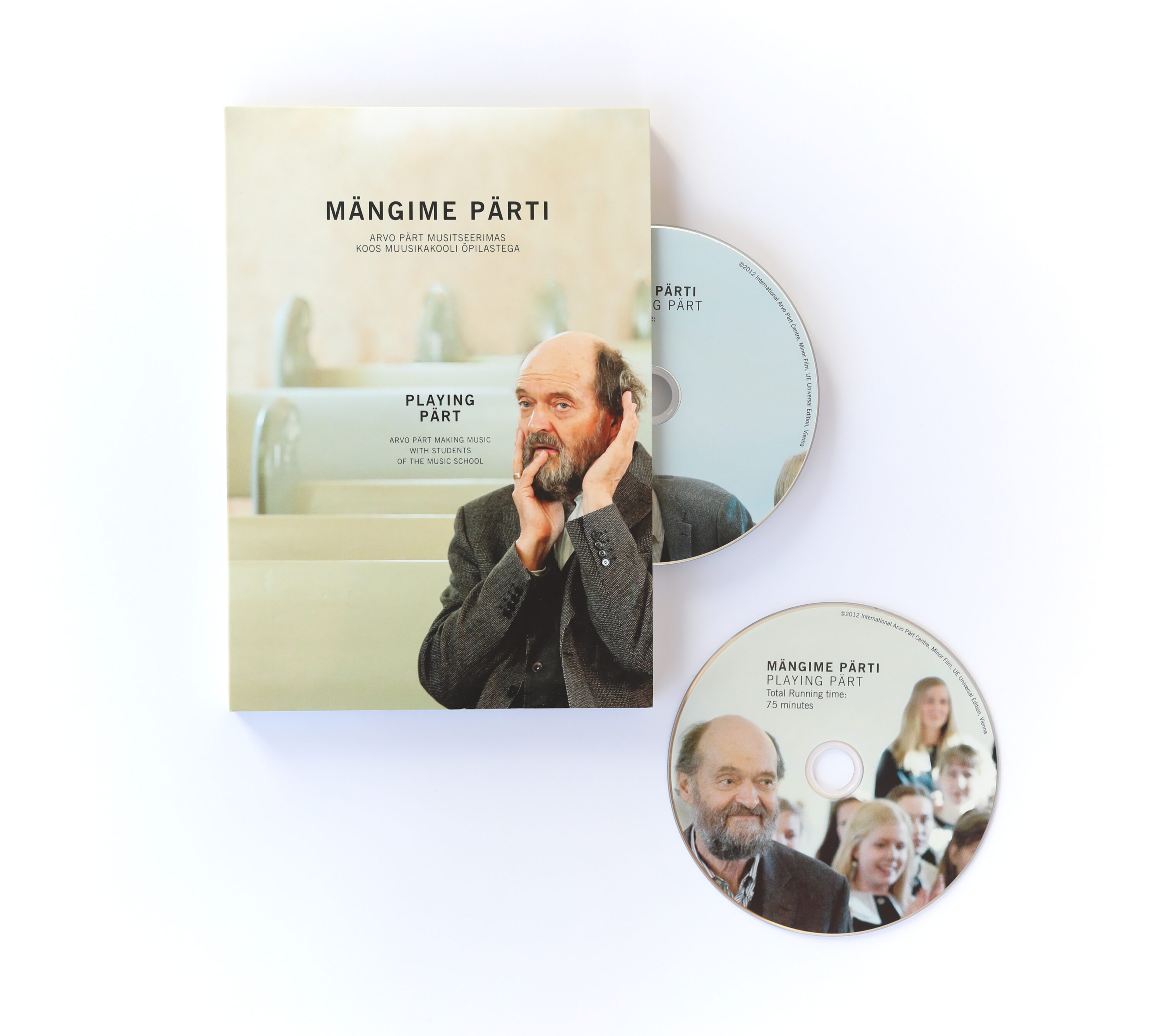