On 15 April, the results for the best Estonian classical album of all times were announced in Klassikaraadio, and the winner is Arvo Pärt’s “Tabula rasa”, the first recording of Arvo Pärt’s work under ECM Records from 1984, which features performers Gidon Kremer, Tatjana Grindenko, Alfred Schnittke, with the Lithuanian Chamber Orchestra, conducted by Saulius Sondeckis.

People could give their votes to more than 2000 albums listed in a specially created catalogue on the website of the Estonian classical radio. 730 albums received votes, of which 475 were CDs and 229 LPs. You can follow the entire collection here. 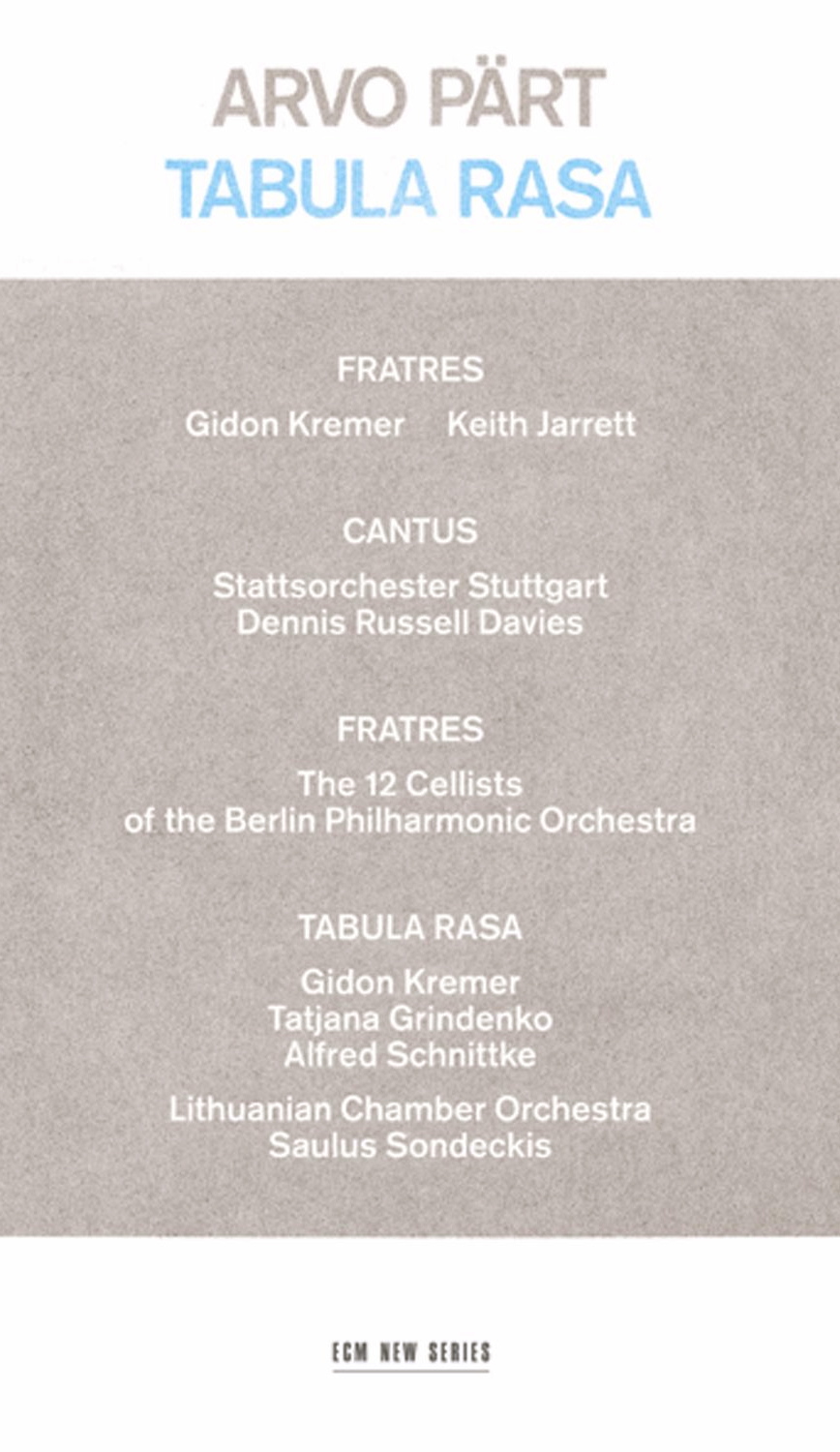