Besides performing a concert at the Arvo Pärt Centre during the Arvo Pärt Days of the Nargenfestival, countertenor David James shared valuable memories of his encounters with Arvo Pärt and his music with the staff of the centre’s archive.

On 7 September 2019, the English countertenor David James, one of the most sensitive interpreters of Arvo Pärt’s music for decades, gave a concert in the concert hall at the centre as part of the programme of the Arvo Pärt Days. Both as a member of the Hilliard Ensemble and a soloist, he has participated in the numerous premieres and performances as well as (first-time) recordings of many of the composer’s works. In a conversation with Toomas Siitan, professor of musicology at the EAMT after the concert, James, who has been in close contact with Arvo Pärt’s music for nearly 40 years, shared with the audience his knowledge about interpreting Pärt’s music and recalled important performances. The day before, however, the centre’s archive received a fascinating addition in the form of his in-depth comments and memoirs on many presentations and recording processes.

It was the founding member Paul Hillier who first brought the scores of Arvo Pärt’s works to the Hilliard Ensemble’s rehearsal in 1984. The ensemble first met Arvo Pärt in June 1985 at the recording of his works for BBC Radio 3 in London. David James has a very clear memory of the composer’s reaction after they had sung his works to him: according to Pärt, the music sounded just as he had imagined it in his head when composing it. David James considers it the greatest compliment to the ensemble.

From that time until 2014, when the Hilliard Ensemble finished its activity, Pärt’s music was constantly on their repertoire. Their first record of Pärt’s music, Arbos was released under the ECM label in 1987, featuring Pärt’s earliest vocal tintinnabuli works in an unprecedentedly convincing and masterful performance. This was followed by the albums Passio and Miserere, which continued the global breakthrough of the composer’s music.

The Hilliard Ensemble’s interpretations of Pärt’s works became a sort of ideal and still serve as a benchmark for many musicians today. Arvo Pärt composed the works Litany, Miserere and Most Holy Mother of God with the subtle sound language of the ensemble in mind. The two latter works were also dedicated to the collective. My Heart’s in the Highlands, composed for David James’ 50th birthday, was specifically created for his voice. 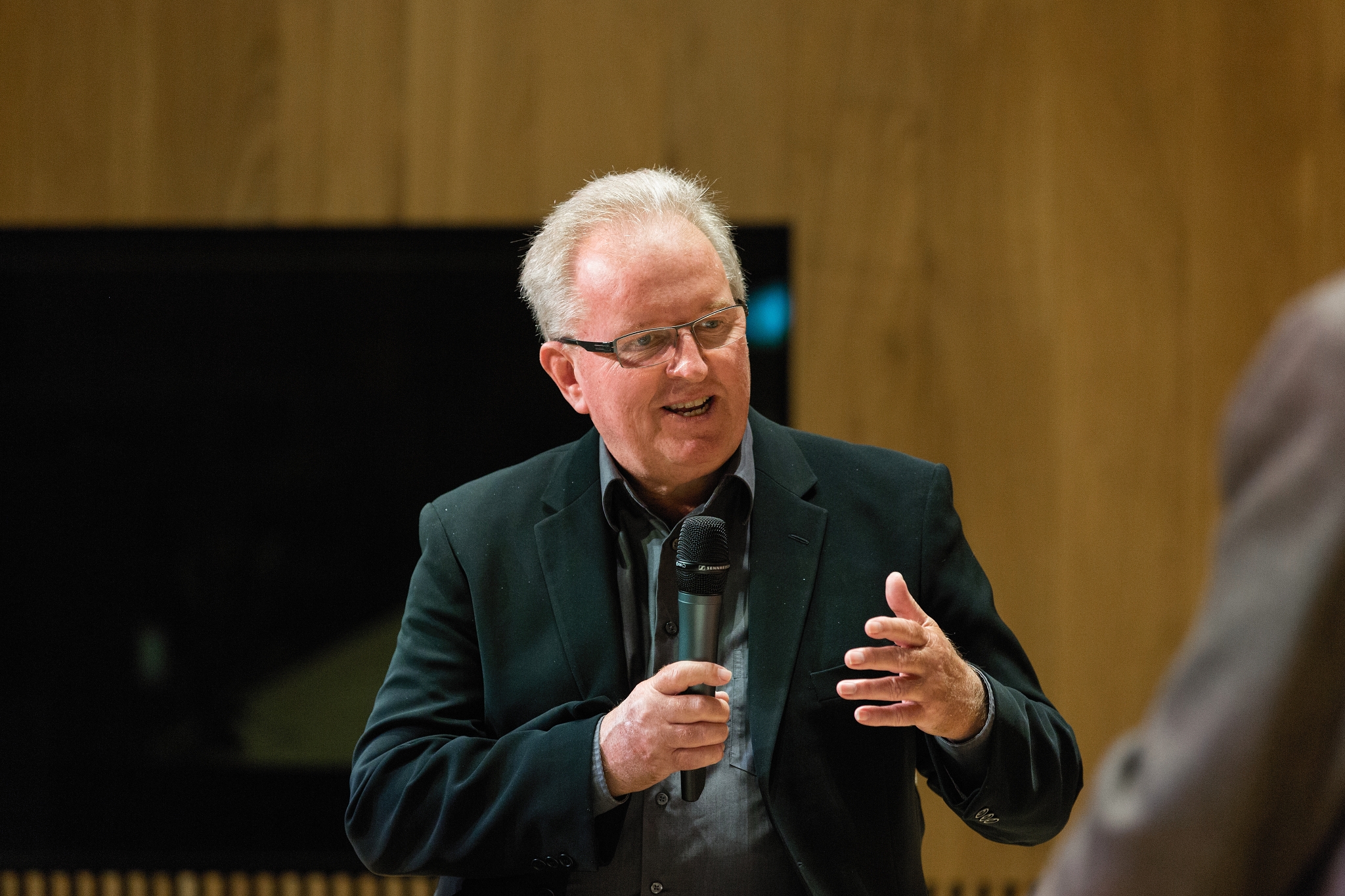