The Arvo Pärt Centre and the Estonian Academy of Music and Theatre announce that due to the continued spread of Covid-19 and related travel restrictions, the international academic conference “Arvo Pärt – Texts and Contexts” scheduled for October this year will be postponed by one year. The conference will take place next year, 15–16 October.

“The decision was taken with a heavy heart – the conference was intended to celebrate Arvo Pärt’s 85th birthday, bringing renowned Pärt researchers to Estonia from all over the world,” said Toomas Siitan, curator of the programme for the conference and professor at the Estonian Academy of Music and Theatre. He added that in light of current developments, the physical participation of foreign speakers at the conference in October was essentially ruled out due to the risk of infection and travel restrictions.

“We did not want to replace lively discussions with a web conference, on the one hand, due to the geographical distance and time difference between our participants, and on the other hand, the point of academic conferences is first and foremost to bring researchers together and to engage in stimulating discussions that cannot be achieved virtually in the same way. Postponing seemed to be the better solution in the current situation,” Siitan said.

The conference will take place with the speakers and programme as already announced on 15–16 October 2021. “We are pleased to say that most of the speakers at the conference have already confirmed their participation,” added Kristina Kõrver from the Arvo Pärt Centre.

The goal of the international academic conference “Arvo Pärt: Texts and Contexts” is to stimulate research into and understanding of the composer’s work. Scholars from Europe and the US will seek new perspectives on the textual analysis of Pärt’s pieces, look into their theological and cultural contexts and explore the particularities of his creative process. 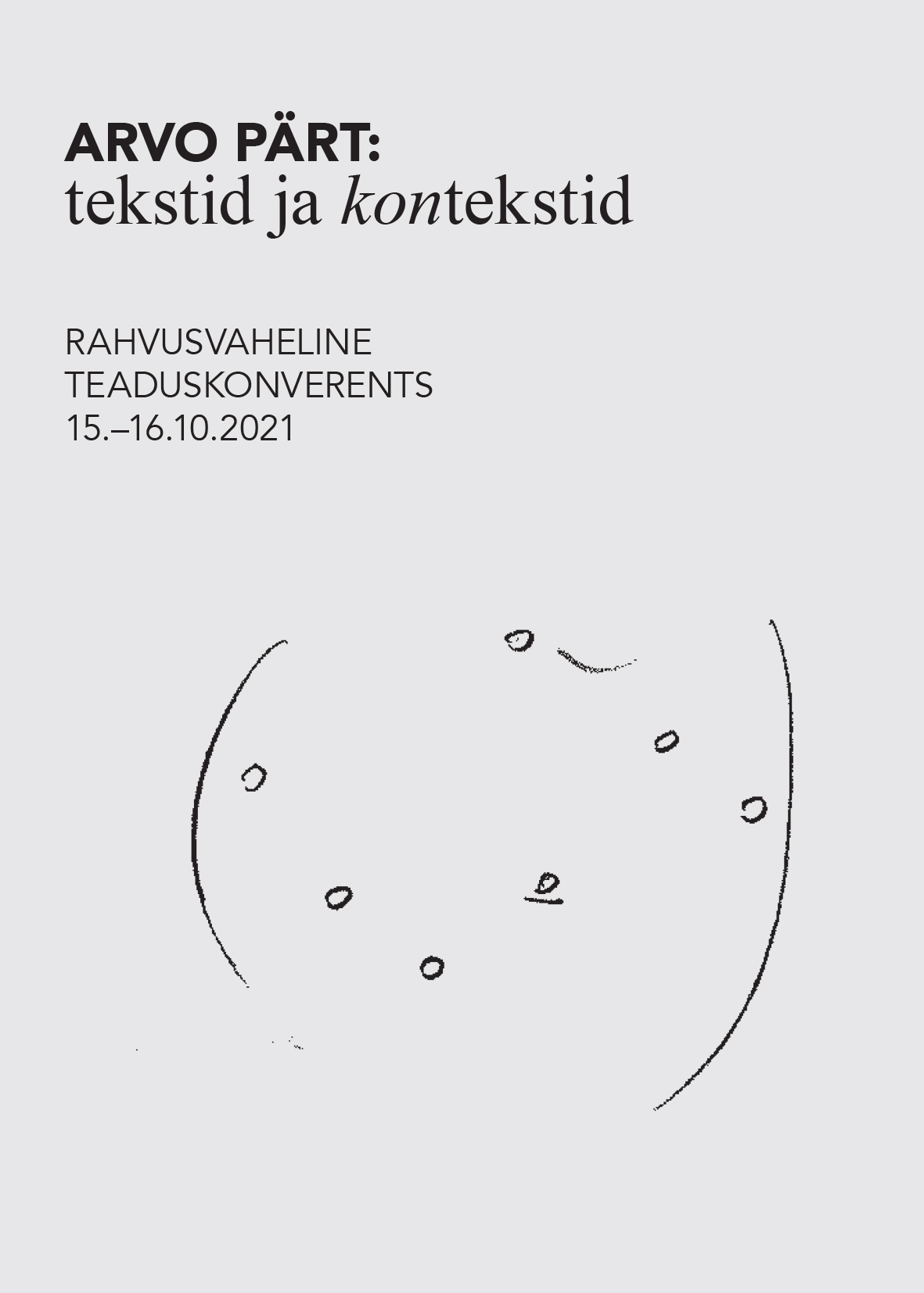