At the end of March, the Arvo Pärt Centre welcomed a visit by Doug Maskew, the BBC sound engineer, who lives and works in Scotland and has collected information about Arvo Pärt’s music for more than thirty years.

His database is an enormous collection primarily consisting of the recordings of Arvo Pärt’s music and related information, as well as interviews, media articles, but also works of art inspired by his music. The list of recordings involving recommendations for listening is available for public use, but the majority of his archival materials are still in his private collection. The collaboration between the APC and Doug Maskew has been very productive, and the APC appreciates the opportunity to use his collection with its constantly up-dated information. In the future, Doug Maskew’s database will most certainly be an important part of the APC’s archive.
Doug Maskew’s present visit to Estonia also involved listening to concerts presenting Estonian composers as part of the Tallinn Music Week festival and the opera “Butterfly” by Tõnu Kõrvits.

You can read an interview with Doug Maskew from his previous visit to Laulasmaa in September of 2011 here: Doug Maskew – “The Recording Archivist” of Arvo Pärt 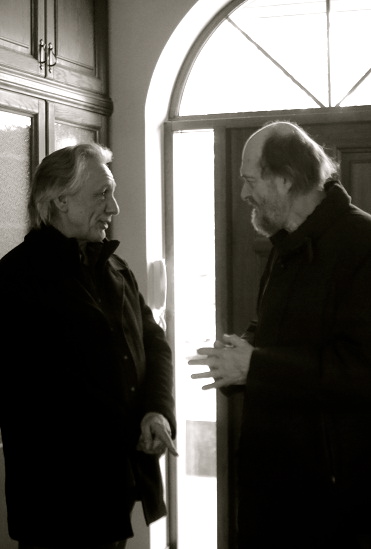