Irena Veisaitė, an outstanding Lithuanian literary and theatre scholar, the long-standing President of the Open Society in Lithuania Foundation, lecturer and theatre critic, has passed away.

Irena Veisaitė has been characterized as a humanist with a big heart and a broad mind. In her lectures, writings and general outlook on life, she was guided by the principle that the essence of man is to love and to forgive. Being of Jewish origin, she had experienced first-hand the great tragedies of the 20th century – the Second World War and the Holocaust, the Nazi and the Soviet occupations – she dedicated her whole life to resolving conflicts between people and cultures, to healing trauma in society. Her activity has been recognised through eminent awards. Irena Veisaitė’s memoirs (a book co-authored with Aurimas Švedas in 2016), Life Should Be Transparent, has been translated from Lithuanian into Polish, German, English and Russian.

Irena was fond of Estonia and its people; she had good friends here. Until the end of her life she cherished her friendship with Arvo and Nora Pärt, whom she met through Grigori Kromanov in the 1970s. For a short time, the Pärts and the Kromanovs even shared a home in the Pärts’ apartment in Mustamäe, a Soviet-era housing district of Tallinn. During that time, in 1976, Arvo Pärt wrote his first piece in the tintinnabuli style, for piano, and named it Für Alina, after Irena’s daughter Alina, as a consolation to the mother and daughter whom life had separated.

In her last years, Irena’s dream was to visit once again Estonia and see her friends. After a long wait, her dream came true, and in August 2020 Irena Veisaitė visited the Arvo Pärt Centre and met with the composer and his wife again.

Arvo Pärt: “Dear Irena, my little musical dedication to your daughter – Für Alina – is the seal of our unity and love which will always keep us connected.”

Our condolences go to Alina and her family.

Arvo Pärt and family, along with the team of the Centre. 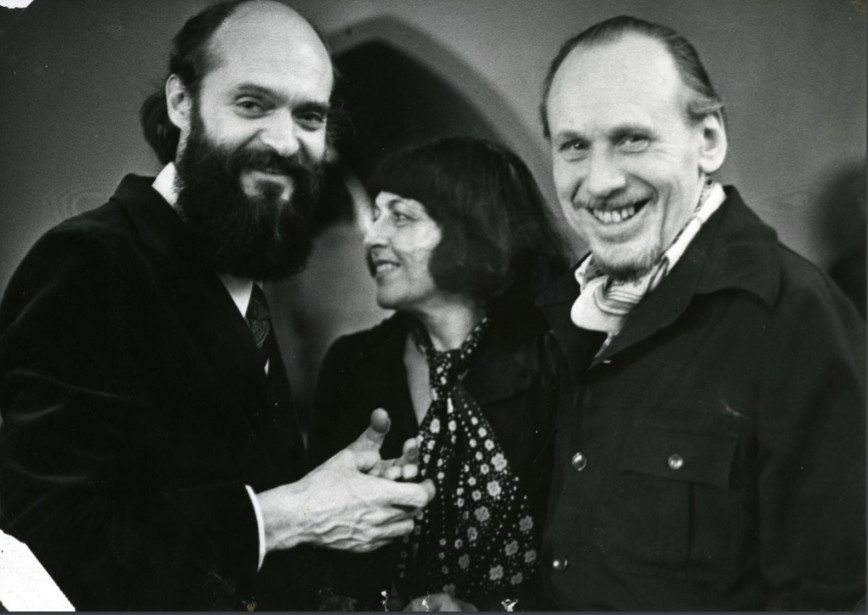 Arvo Pärt, Irena Veisaitė and Grigori Kromanov in the 1970s