In September, Juta Kurman’s private collection from 1980–2006 reached the Arvo Pärt Centre. This collection of documents includes letters sent by Juta Kurman herself and by her friends and acquaintances, as well as notes, newspaper cuttings, performance programmes, etc.

Juta Kurman (1912–2015) was an expatriate Estonian cultural activist, singer, music critic and teacher. In 1940, she graduated from the Tallinn Conservatory, having studied singing. After emigrating in 1944, she continued her music studies at the New York College of Music. Juta Kurman worked as a music critic for the newspaper “Vaba Eesti Sõna”, and actively organised music events at the Estonian Music Centre in the USA. She was committed to creating a database of Estonian musicians, and also to covering their activities, mainly in “Vaba Eesti Sõna“. Juta Kurman also wrote in expatriate Estonian newspapers about the performances of Arvo Pärt’s works in North America. The private collection includes 130 articles from expatriate Estonian and American newspapers from the years 1980–2006, four of these written by Kurman herself.

In 1981–1982, Juta Kurman was one of the organizers of Arvo Pärt’s visit to New York during his first American tour; she also helped to raise funds for the trip, and to give overviews in the expatriate Estonian media.

Juta Kurman’s private collection will be thoroughly researched and recorded in the archives of the Arvo Pärt Centre. 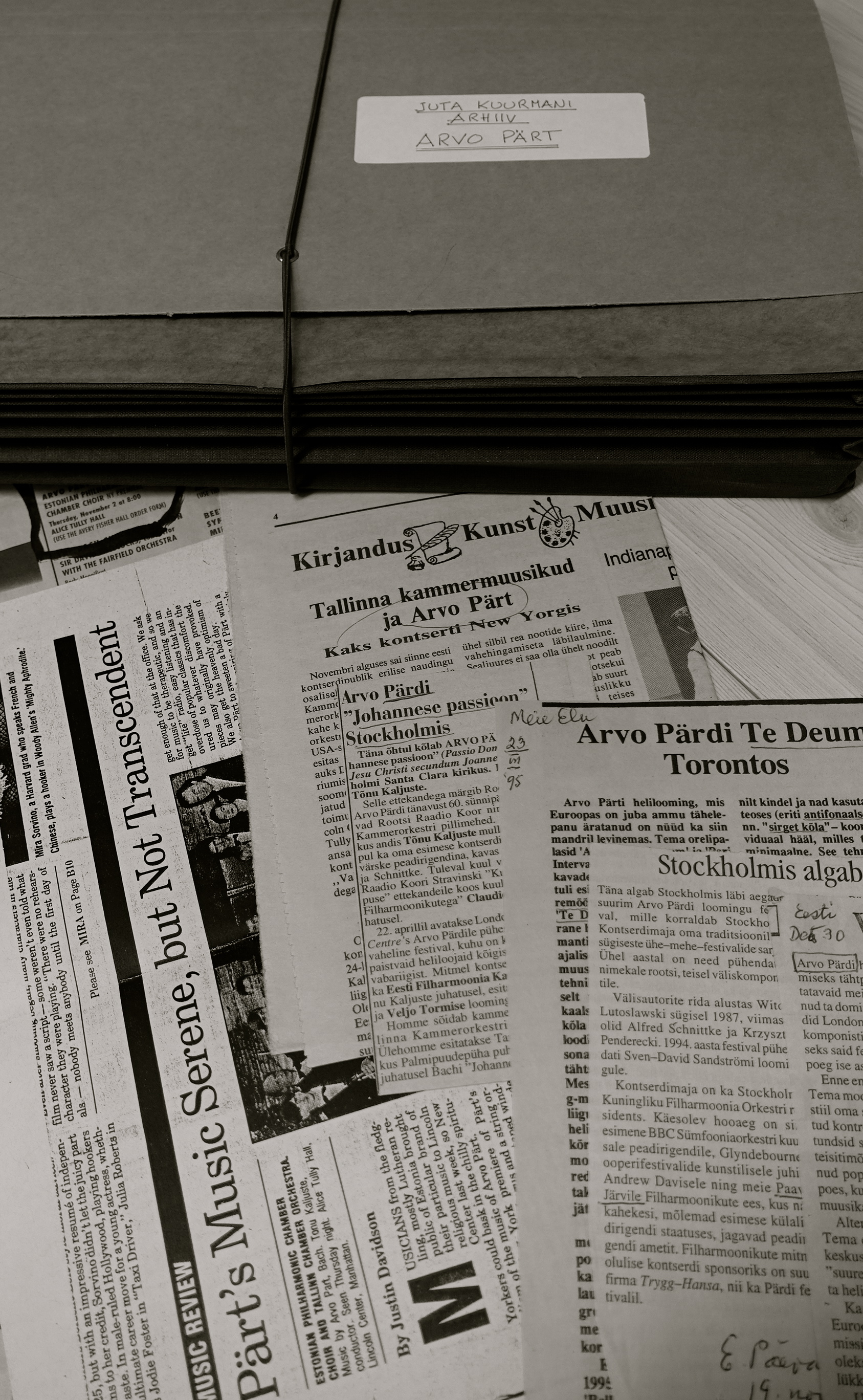