On 6 March, Arvo Pärt’s friend and peer, the highly recognised Russian pianist Alexei Lubimov visited the Arvo Pärt Centre. He was one of the first famous pianists in the 1960s to perform Pärt’s piano works. His repertoire included, for instance, Pärt’s Partita, Diagrams, the two sonatinas as well as the organ composition, Trivium. Alexei Lubimov and the SWR Stuttgart Radio Symphony Orchestra were also the first to record the piano concerto Lamentate, which was released by ECM in 2005.

Alexei Lubimov made a valuable gift to the Centre’s archive by donating a manuscript sketch for Arvo Pärt’s organ composition Trivium from 1976, back then still titled Ezechiel. Trivium is one of the first seven works created in the tintinnabuli style, which were publicly performed by Hortus Musicus on 27 October 1976 at the Estonia Concert Hall.

In addition, Lubimov donated the score of Alexander Gugel’s work The Dedicated from 1989, dedicated to Arvo Pärt, as well as programme sheets for piano concerts in Moscow, Riga, the Georgian SSR, Azerbaijan and Czechoslovakia in 1967, where Lubimov performed Arvo Pärt’s Partita. These are all highly valuable for the archive. 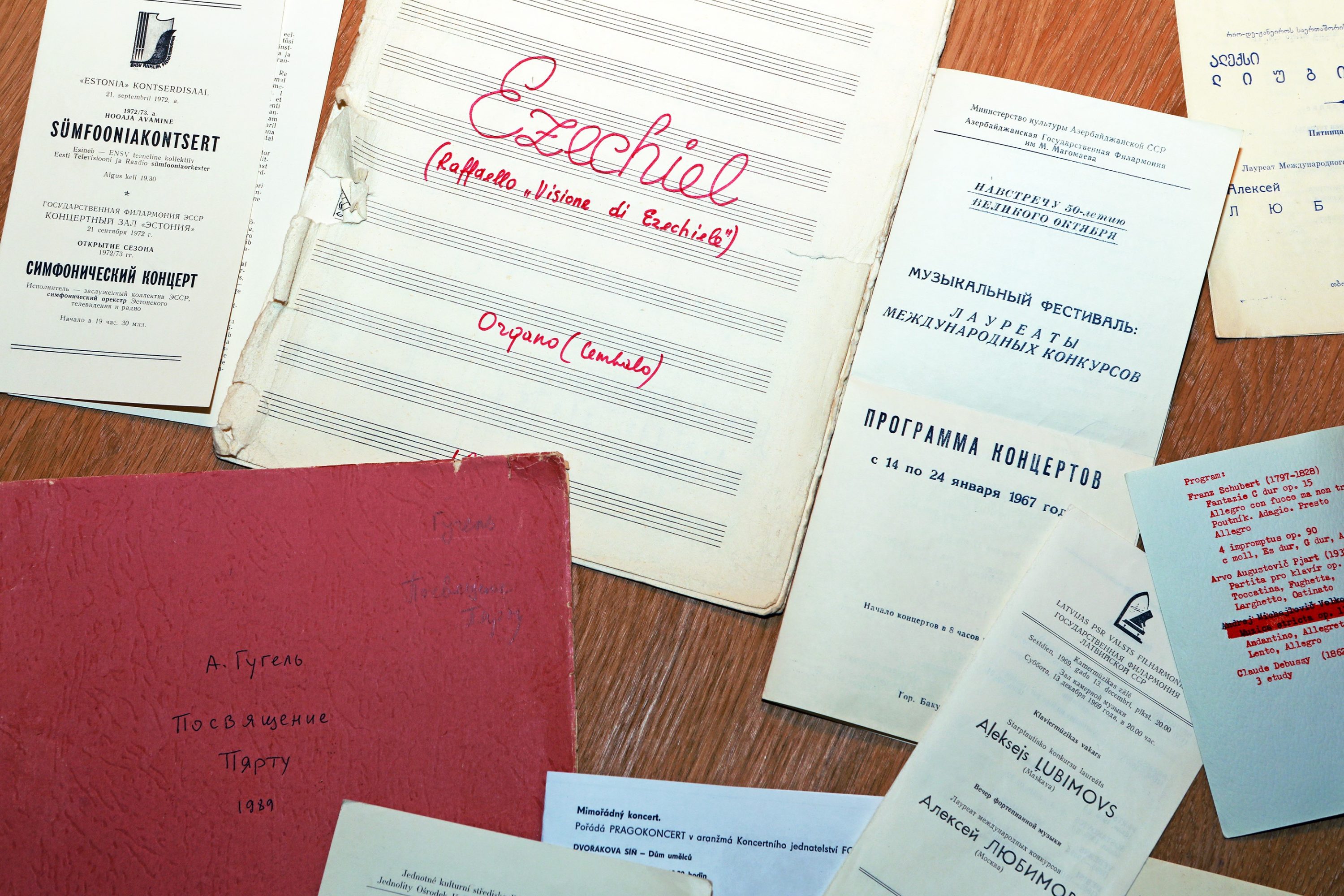