From 22-24 October, the eight edition of the contemporary music festival „Nostalgia“ in Poland, Poznań will be entirely dedicated to the music of Arvo Pärt. During three days several concerts will present works from different creative periods. Tonight, the first tintinnabuli works Für Alina, Spiegel im Spiegel and Fratres will be performed and on Friday, 23 October, L’Autunno Chamber Orchestra will play Cantus in Memory of Benjamin Britten, My Heart’s in the Highlands and Lamentate. On 24 October, the third day of the festival, Arvo Pärt’s music will be performed by Chamber Choir Collegium Musicale from Estonia, conducted by Endrik Üksvärav.

In addition to concerts, the festival also presents several films featuring the music by Arvo Pärt. In addition to Andrey Zvyagintsev’s film The Banishment, which has also been in the program of Arvo Pärt Centre’s film evenings, 24 Preludes for a Fugue by Dorian Supin, The Pilot Pirx Test by Marek Piestrak and the new films about Adam’s Passion will be screened during the festival.

Arvo Pärt has been in Poznań twice before. In 1998, under the auspices of Henryk Wieniawski Music Society, a two-day presentation of Arvo Pärt’s works took place, which inspired the organizers to focus on Arvo Pärt’s compositions in the program of the first edition of „Nostalgia” festival in 2007. This year, a documentary by Mariusz Grzegorzeki “Arvo Pärt. Game of Numbers”  including an interview and recordings from the concerts in 1998 in Poznań will be screened on 23 October

„Nostalgia“ festival has been focusing on chamber music and contemporary composers and has worked together with Manfred Eicher, the founder of ECM Records. The festival has previously presented several ECM musicians and composers in its program.

Read more about the festival here. 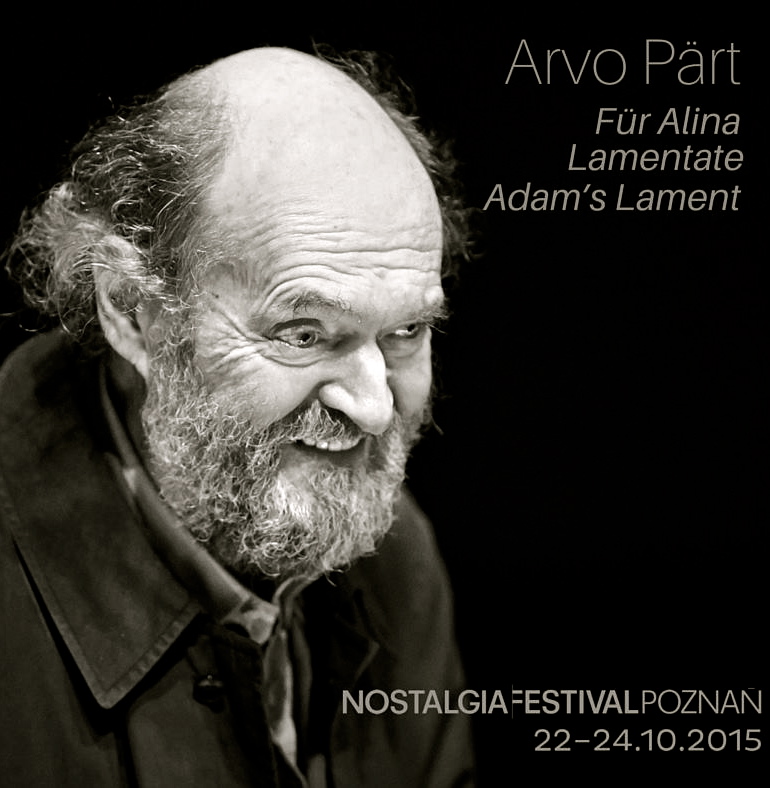