Anne Akiko Meyers, one of the world’s preeminent violin soloists, will perform at the very first public concert in the concert hall of the Arvo Pärt Centre’s new building. In her activities as an international performer, the American violinist Anne Akiko Meyers works with top orchestras in Europe, USA and Asia. She is also one of the most active commissioners of new music, with compositions dedicated to her by Einojuhani Rautavaara, Mason Bates, Gene Pritsker, John Corigliano and many others. Meyers has also collaborated with Pärt before in outstanding concerts in New York and elsewhere. Her interpretations of one of Arvo Pärt’s most technically demanding violin pieces, Passacaglia, have attracted special attention. Meyers has performed and recorded this piece with Kristjan Järvi and the MDR Leipzig Radio Orchestra, among others.

At the opening concert of the Arvo Pärt Centre, Anne Akiko Meyers will perform with her long-time stage partner, Akira Eguchi. Meyers will play a rare Vieuxtemps Guarnieri violin from 1741.

For one hour before the concert, visitors may look around in the new building of the Arvo Pärt Centre

Tickets (15–25 €) are available from Piletilevi and at the door; seating is not reserved.

A supporter’s ticket reserves a seat in the middle of the concert hall. 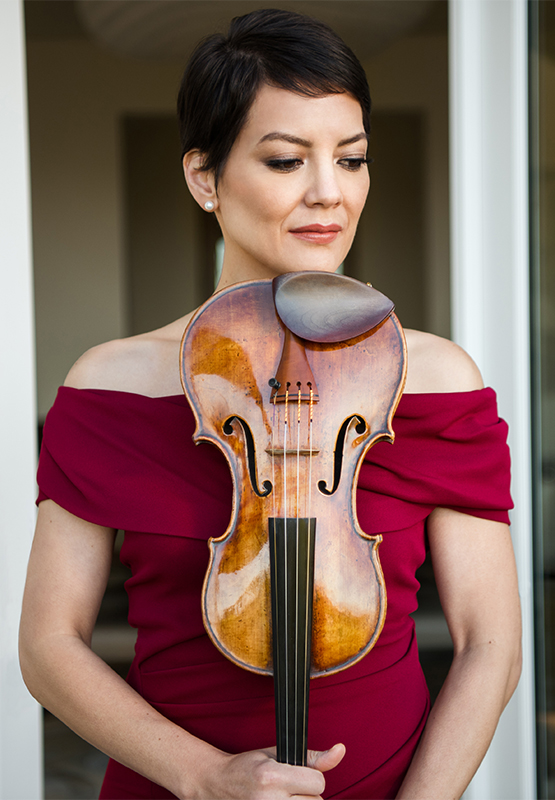