The Arvo Pärt Days, celebrating Arvo Pärt’s birthday in September with 18 concerts across Estonia, will also come to the Arvo Pärt Centre. On 5 September, the ensemble Trio O3 from Belgium will perform a programme of works by Tõnu Kõrvits and Arvo Pärt, and on 10 September, the founder of the world-famous early music ensemble The Tallis Scholars, Peter Phillips, and the Estonian Philharmonic Chamber Choir will give a concert and discussion at the centre. As leader of the vocal ensemble approaching its 50th anniversary, Phillips will share his expertise in early music with audiences in a programme focusing on Renaissance vocal polyphony. More precisely, the Renaissance polyphony that Arvo Pärt’s tintinnabuli works are rooted in.

Conductor Tõnu Kaljuste, the artistic director of the festival, has invited the best Estonian ensembles as well as acclaimed performers from abroad to the Pärt Days. Accompanying the festival every year, the Estonian National Symphony Orchestra, the Estonian Philharmonic Chamber Choir, the Tallinn Chamber Orchestra, the chamber choir Collegium Musicale, the vocal ensembles Vox Clamantis and Hortus Musicus and Andres Mustonen will contribute from Estonia, as will prestigious foreign performers – the Theatre of Voices ensemble and conductor Paul Hillier, English conductor Peter Phillips, violinist and conductor Sergei Krylov from Lithuania, and the Belgian ensemble Trio O3.

With the Pärt Days, Tõnu Kaljuste would like to turn our eyes and hearts towards the people of Ukraine, recalling Arvo Pärt’s words to his Ukrainian friends during the first days of the war and artist Raul Meel’s graphic work “Estonian Letters . Save Our Souls”, saying: “Save our souls – that’s what we’re asking for during these Pärt Days, with every concert and every work. We sympathise with the Ukrainian people; the tragedy for the Ukrainians is a tragedy for us all.” 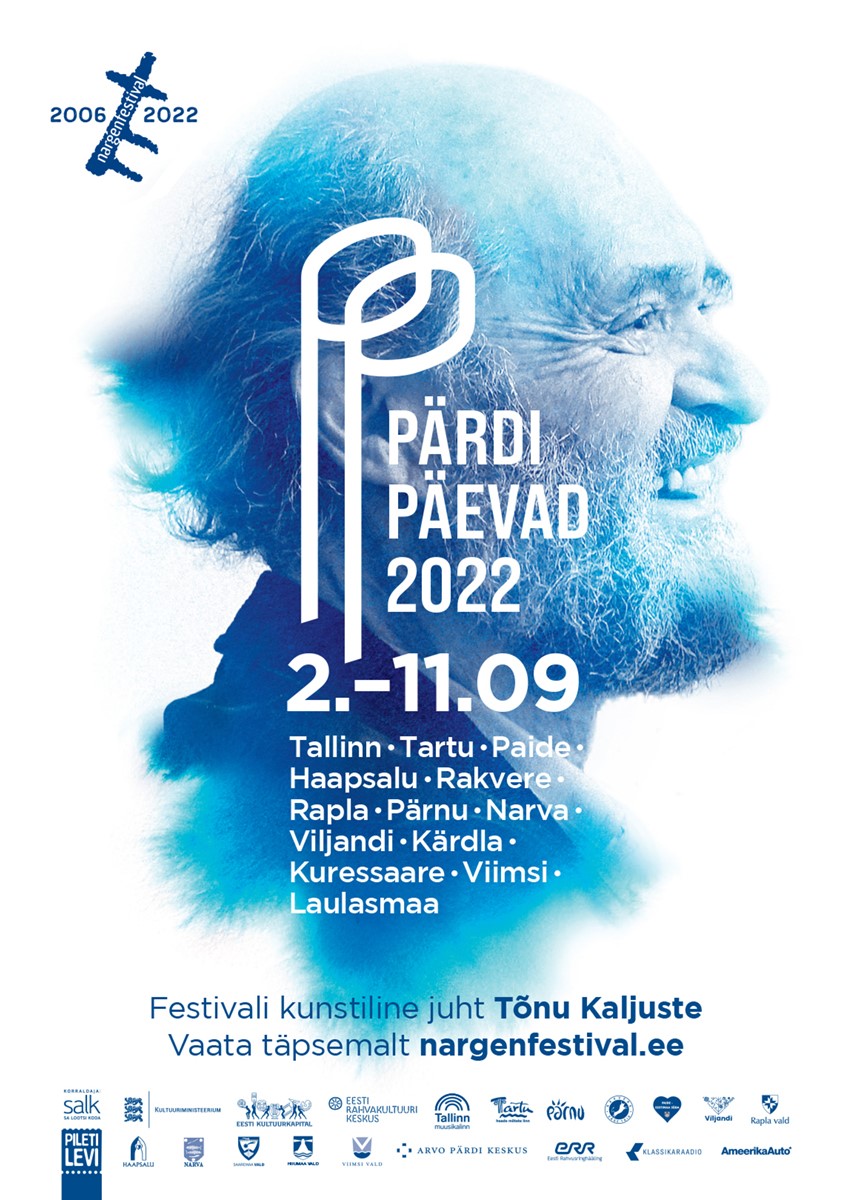