Pope Francis presented the Ratzinger Prizes today, on 18 November at the award ceremony in the Vatican’s Apostolic Palace. In addition to two outstanding theologians the winners of this year’s Prize also included the composer Arvo Pärt.

The Ratzinger Prize has been called the Nobel Prize in Theology. It is designed to honour outstanding individuals for their research in theology and related fields. The Prize can also be awarded for their religious artwork.

At the festive ceremony that took place in the Clementine Hall (Sala Clementinas) of the Apostolic Palace, Arvo Pärt received the Prize with professor Theodor Dieter, Lutheran theologian and the Director of the Strasbourg Institute of Ecumenical Research, and Karl-Heinz Menke, Catholic theologian and professor emeritus of Bonn University. Federico Lombardi, President of the Ratzinger Foundation gave a festive welcome speech at the ceremony that was also attended by numerous outstanding church figures.

Matteo Ruggeri, the soloist of the Voci bianche choir of the Accademia Nazionale di Santa Cecilia, performed Arvo Pärt’s Vater unser, accompanied on piano by the composer himself. The work is dedicated to Pope Benedict XVI.

In his vote of thanks during the evening, Arvo Pärt said:

I am personally very touched and grateful – especially to you, the members of the Joseph Ratzinger or Pope Benedict XVI Foundation – for this trust and honour. However, it is not an easy task to remain worthy of this honour as a human being. It is a great challenge. We are not dealing here with an ordinary merit that one could use to boast.

Dear brothers, we need your help, please don’t leave us alone now. This is what we plead from you.

On 17 November, the laureates of the Prize also paid a short visit to Pope Emeritus Benedict XVI.

The Foundation instigated by Pope Benedict XVI, born Joseph Ratzinger, has been awarding the Ratzinger Prize since 2011, and its laureates have included outstanding theologians from all over the world. Arvo Pärt is the first composer to receive the Ratzinger Prize. 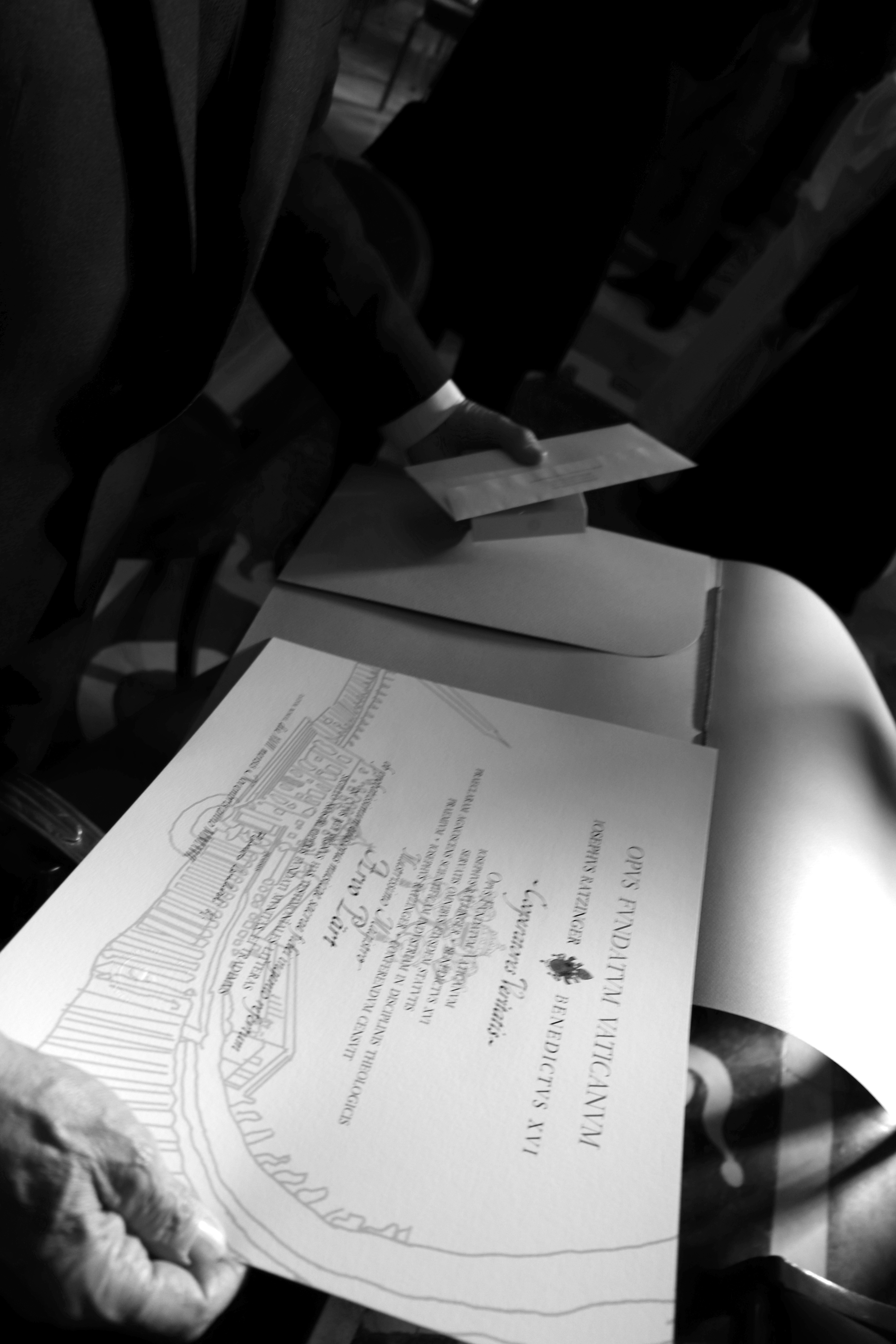