The LP features Arvo Pärt’s cello concerto Pro et contra (1966), that premiered on 3 November 1967. The composition was performed on stage at the Estonia Concert Hall by Toomas Velmet on cello and the Estonian Radio and Television Symphony Orchestra (now ENSO) and conducted by Neeme Järvi. The recording on this LP is the first presentation of the work before the public premiere in Radio Studio One (Estonian National Broadcasting). Reflecting the means available at the time, it is a mono recording.

According to Velmet, the premiere of Pro et contra received such a warm reception that the entire concerto was repeated. “During my 30 years as a professional musician, I have never experienced such a success again. The concert hall was packed. There were lots of students, lots of young people,” recalled Velmet in the broadcast on Klassikaraadio by Immo Mihkelson on the occasion of Arvo Pärt’s 70th birthday.

Arvo Pärt’s cello concerto, which belongs among the collage compositions of his early creative period, was commissioned by and dedicated to the well-known Russian cellist Mstislav Rostropovich. The Estonian audience was able to hear the concerto performed by Rostropovich a few months after the premiere, in February 1968. 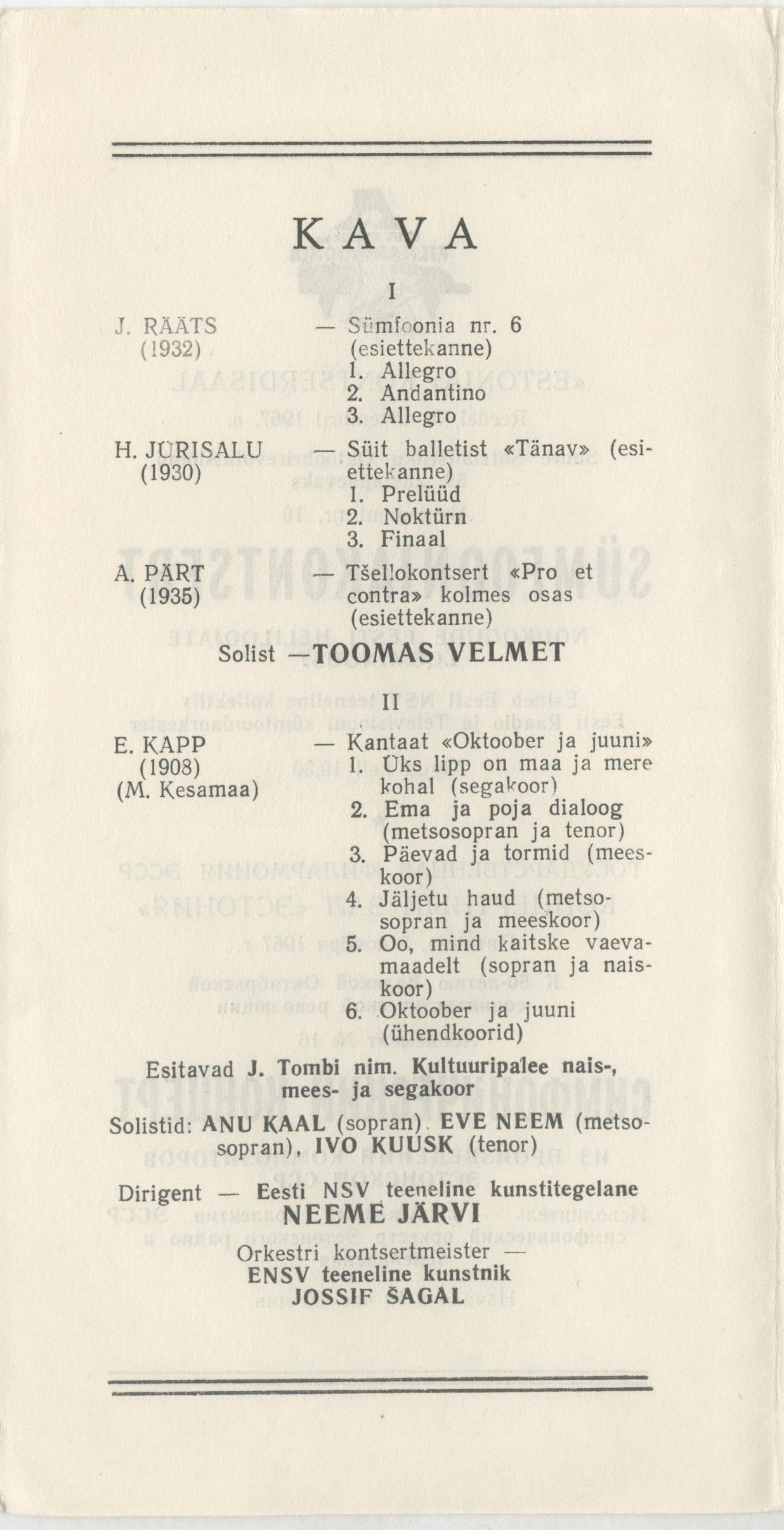