From 18 to 25 November 2022, Oxford will be hosting the festival “Arvo Pärt…and a Littlemore” as a celebration of Arvo Pärt’s music. The UK’s largest ever festival dedicated to Pärt includes several UK premieres, among the artists appearing in Oxford are outstanding performers of Pärt’s music, including the Estonian Philharmonic Chamber Choir, the Raschèr Saxophone Quartet and O/Modernt with violinist Hugo Ticciati. For the very first time in the UK, audiences will have the chance to hear Pärt’s songs for children. The week-long festival will also feature works by Galina Grigorjeva, Evelin Seppar, Erkki-Sven Tüür, Tõnu Kõrvits and other Estonian composers. The full programme of the festival will be announced in September.

The festival’s extensive side programme, organised in cooperation with the Arvo Pärt Centre, includes thematic talks, film screenings and the presentation of Joonas Sildre’s graphic novel Between Two Sounds. In addition, the Carice Singers and the Raschèr Saxophone Quartet will be giving master classes for musicians.

The title of the festival “Arvo Pärt…and a Littlemore” pays homage to Pärt’s sense of humour and love of puns, as well as to the piece Littlemore Tractus, which he composed in 2000 to celebrate the 200th anniversary of the birth of John Henry Newman (1801–1890), the English cardinal who has now been canonised as a saint. The work was premiered in the Church of St Mary and St Nicholas in Littlemore, a suburb of Oxford, and will be performed to the Littlemore community at the upcoming festival by the Estonian Philharmonic Chamber Choir. 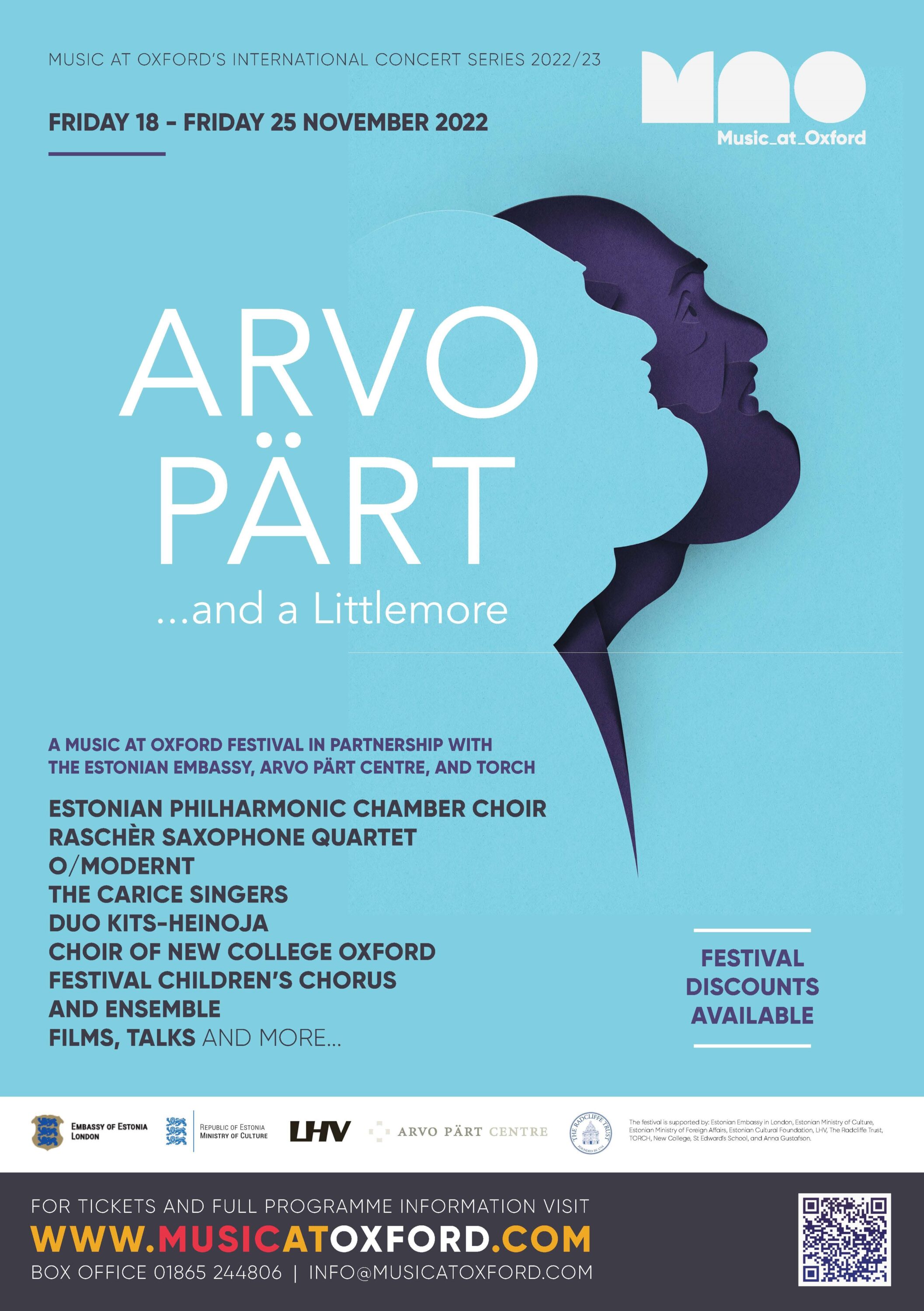