The Arvo Pärt Centre thanks and congratulates long-term supporters of the centre Reet and Väino Kaldoja, who received the title Friend of Culture of the Year at the award ceremony at the Kai Art Center today.

Reet and Väino Kaldoja have supported the Arvo Pärt Centre since 2014 both through their company, Silberauto, and as private individuals.

In 2021, the financial support of the Kaldoja family enabled the launch of the centre’s residency programme, which offers artists from different fields the opportunity to search for new ideas and pursue their work at the centre. The centre also issues two resident scholarships every year. Also with the support of the Kaldoja family, the transformation of the old building of the centre into a residency and guest house has begun. In previous years, Reet and Väino Kaldoja have contributed to the completion of the centre’s permanent exhibition, and Silberauto has long been the transport partner for the centre.

At the Friend of Culture 2021 gala event, the Minister of Culture, Tiit Terik, thanked 11 companies and patrons who have supported the field of culture financially or with their actions during the year. 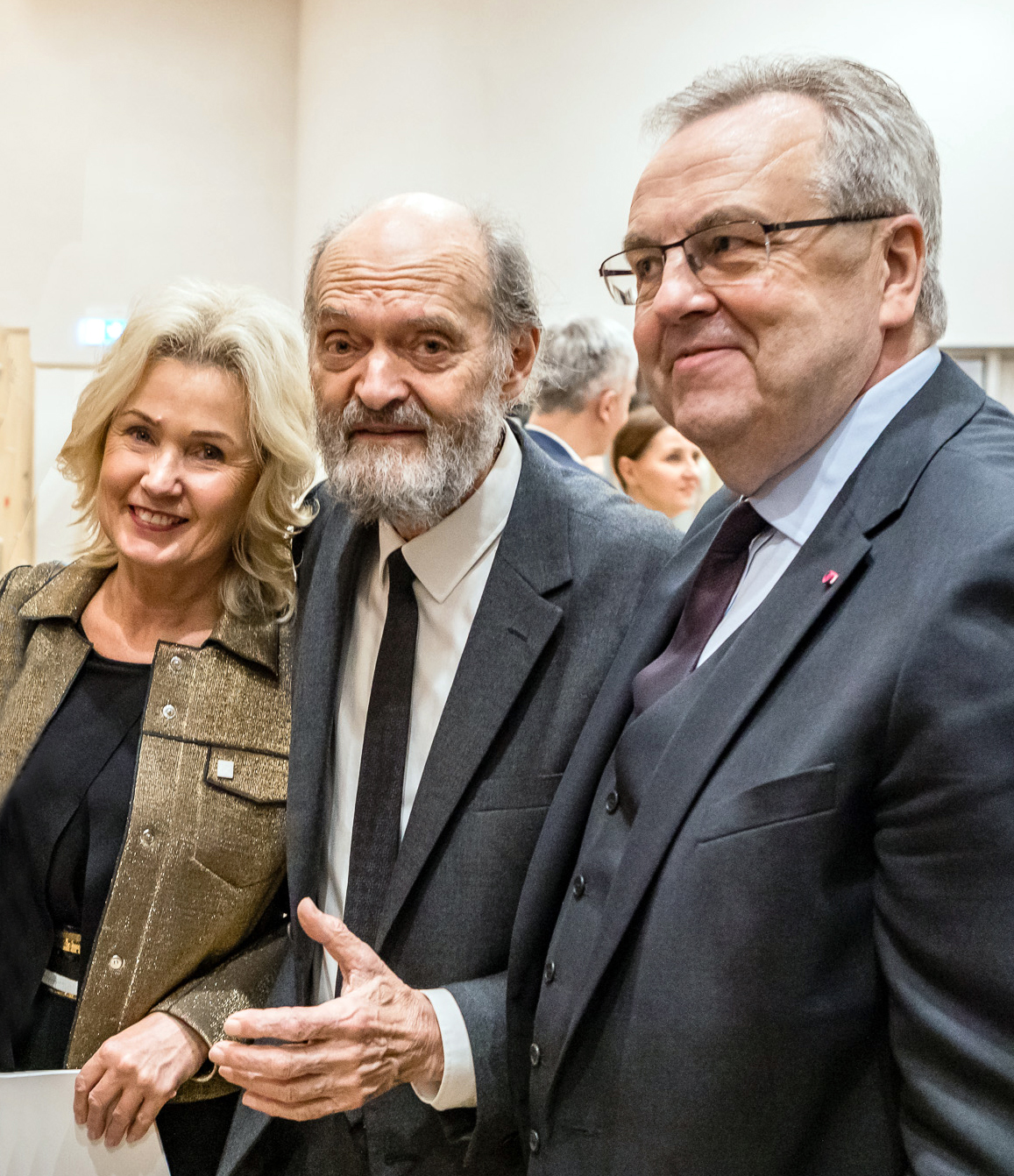 Reet, Väino Kaldoja and Arvo Pärt at the Centre`s opening ceremony in 2018.