St. Vladimir’s Orthodox Theological Seminary awarded diplomas to this years graduates, future priests and theologists at its Commencement Exercises Saturday on May 31, 2014. During the event Arvo Pärt was awarded an Honorary Doctor of Sacred Music degree by the Seminary.

Besides Arvo and Nora Pärt, also Urve Tiidus, the culture minister of Estonia, Marina Kaljurand, Estonian Ambassador to the United States, The Consul General of Estonia, Sten Schwede and representatives of the Arvo Pärt Centre took part of the prominent event. Among other high church heads, His Beatitude Metropolitan Tikhon, primate of the Orthodox Church in America, His Eminence, the Most Reverend Metropolitan Silouan of Buenos Aires and All Argentine, Archbishop of Telmessos Job and representatives of Coptic and Antiochian Orthdox churches were present as guests of the Seminary.

An excerpt from the speech of dean John Behr:

Pärt’s reception into Orthodox Church in the 1970s has marked his compositions in a truly profound manner, rendering them not only musical masterpieces, but also spiritual masterpieces. It should be mentioned that it owes a great deal to Maestro Pärt’s relationship with the monastery of St John the Baptiste in Essex in England, in particular with Archimandrite Sophrony. This monastery is one of the great centers of Orthodox spirituality, coming out of the Russian emigration to the West via Mount Athos, sharing the same legacy that we have here in St Vladimir’s. And many of us here in St Vladimir’s also look to the monastery of St John the Baptiste being our own spiritual homeland. [—]

The music of Arvo Pärt has enabled countless of people of variety of different backrounds to hear the divine harmonies and silences of Orthodox spirituality, so that we can be harmonized to the symphony of salvation, moving from the brokenness of the Adam to the consolation, healing and wholeness of Christ. 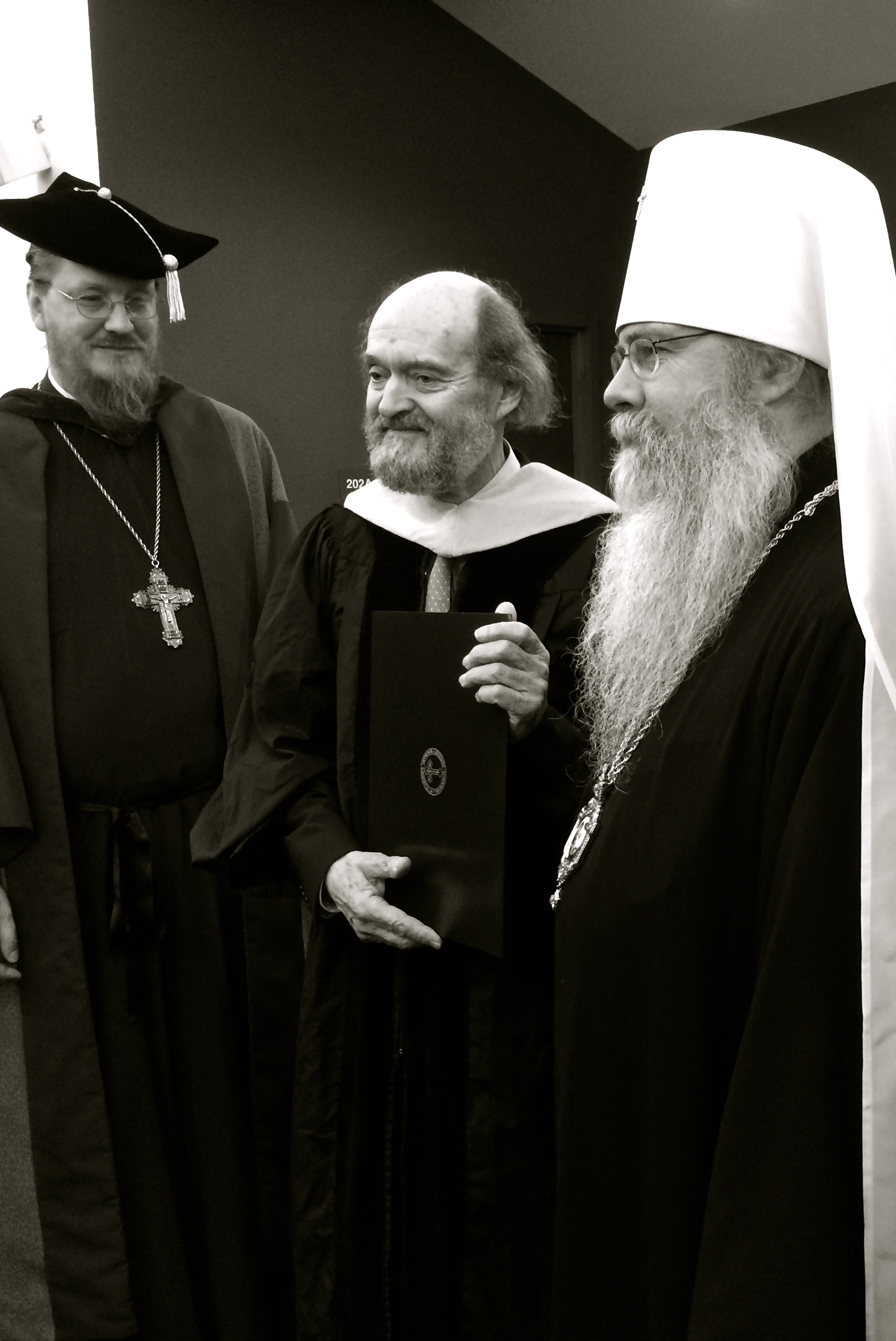