On 23 January, the Arvo Pärt Centre presented it’s first book, “In principio. The Word in Arvo Pärt’s Music” in the hall of Estonian Academy of Sciences. The book brings together the texts of Arvo Pärt’s works with English translations.

In principio. The Word in Arvo Pärt’s Music sheds light on a significant aspect of Pärt’s oeuvre – on texts in the composer’s work, on the selection of the texts and also on the Word in a broader and deeper sense.

This book brings together 81 texts in nine languages, complete with English translations. The works have been arranged chronologically, encompassing Pärt’s work over almost 60 years.

In the context of Pärt’s work, the words “with text” signify so much more than just the sung words. Texts reveal or hide themselves in his music in various ways. This is also the reason the book includes, in addition to texts recited in Pärt’s vocal works, texts that in one way or another are related to his instrumental works. So, the book offers the reader the possibility to discover texts that may not appear in a very straight forward manner in his music.

Arvo Pärt: Texts live their independent lives and they wait for us: each person has their own time for finding those texts. These encounters occur when the texts are no longer considered as literature or works of art, but as anchors or models.

Page after page, the reader can discover texts that have acted as ‘anchors’ for Arvo Pärt over the years. It is the Word that ignites his creative process. While composing, Pärt attends to each aspect and nuance of the text, thus constructing the form of the piece.

In compiling the book, the texts have been intentionally left without comment and only provided with basic information about the making of the work and its premiere. A glimpse inside Arvo Pärt’s work with regard to texts is provided in the introduction by Toomas Siitan and the foreword by the editors of the book.

The handwritten material used in the design of the book, including the illustrations in the middle section, have all been selected from the archives of the composer – from sketches, manuscripts and music diaries.

Listen:
Excerpt from the presentation, when Vox Clmantis performed the first text in the book. 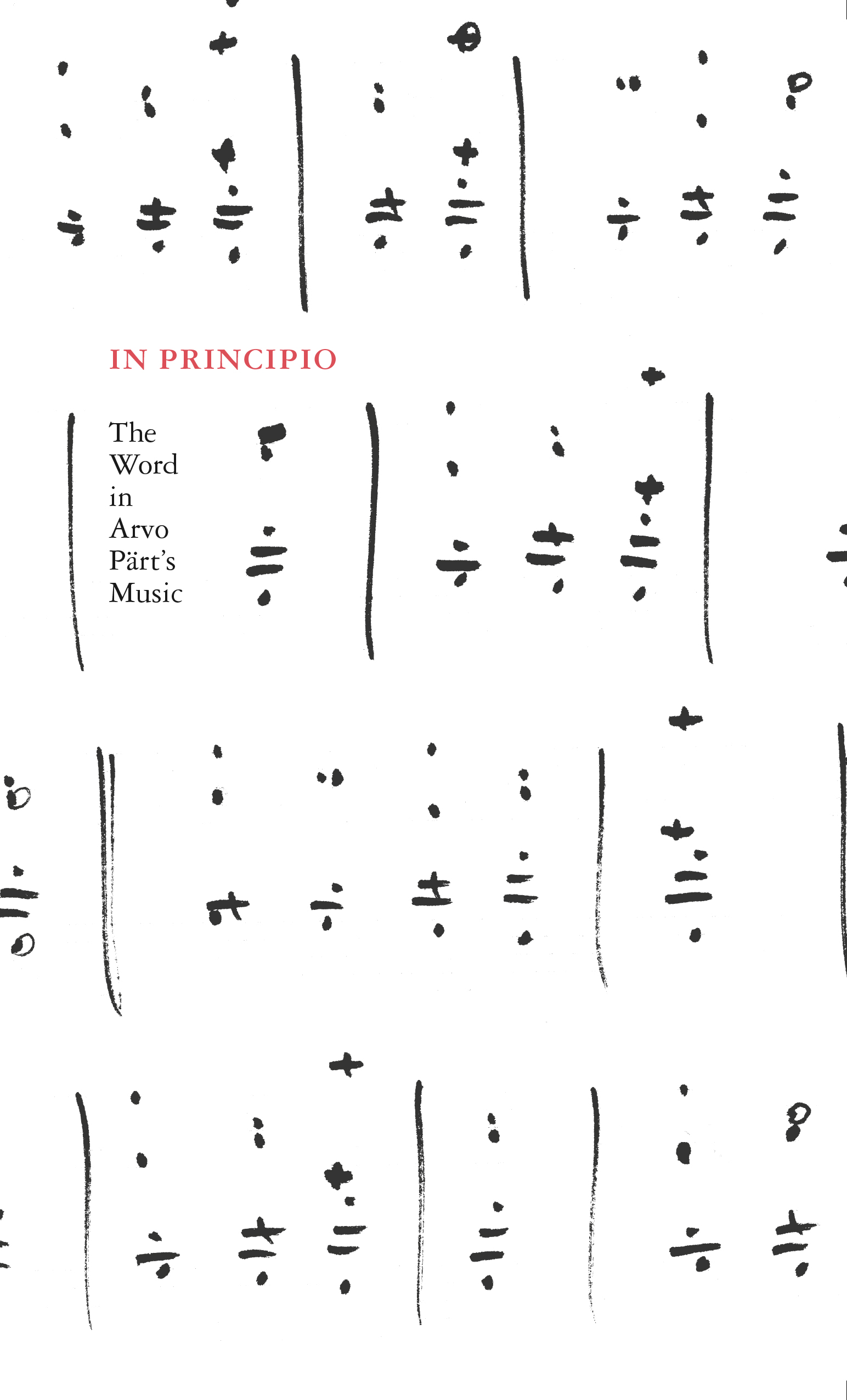