The Pärt family harmonium stood next to the door of the old archive building of the centre, where it quietly and shyly greeted everyone who entered. From time to time, Arvo Pärt or his son, the Chairman of the Council of the Centre Michael Pärt lifted the lid of the instrument, making the harmonium sing for the employees and visitors of the centre.

This old harmonium originally belonged to Nora Pärt and was a member of the composer’s family from the beginning of the 1970s. In their Mustamäe home, Nora loved to start the day on the instrument with J. S. Bach. Their son Immanuel also “played music” on the instrument a lot as a young child. However, before emigrating to the West in January of 1980, they had to divide up everything they couldn’t take with them. The harmonium eventually reached the Nõmme Orthodox Church of John the Baptist.

After returning to Estonia, the family wanted the get the harmonium back. Thus, Arvo Pärt donated a new instrument to the church and the old harmonium was brought to the newly created archive building at the Arvo Pärt Centre in 2010.

When the centre started moving into the new building in 2018, Michael Pärt wished for experts to take a look at the harmonium. Our archivist Anneli Kivisiv, turned to the best organ builder in Estonia, Hardo Kriisa, who had, in fact, been Arvo Pärt’s classmate and friend and whose father had taught Arvo Pärt solfeggio at Rakvere Music School. The answer was surprising – the organ builder was instantly interested in the instrument and promised to take a look at it and repair it without asking a fee. For the memory of an old friendship.

According to Hardo Kriisa, it was a beautiful instrument, which is well suited to a small room, the wooden walls of the centre are an ideal acoustic environment for playing the harmonium. On 16 June this year, the refurbished instrument was brought to the new building, where it found a place in the employee area. 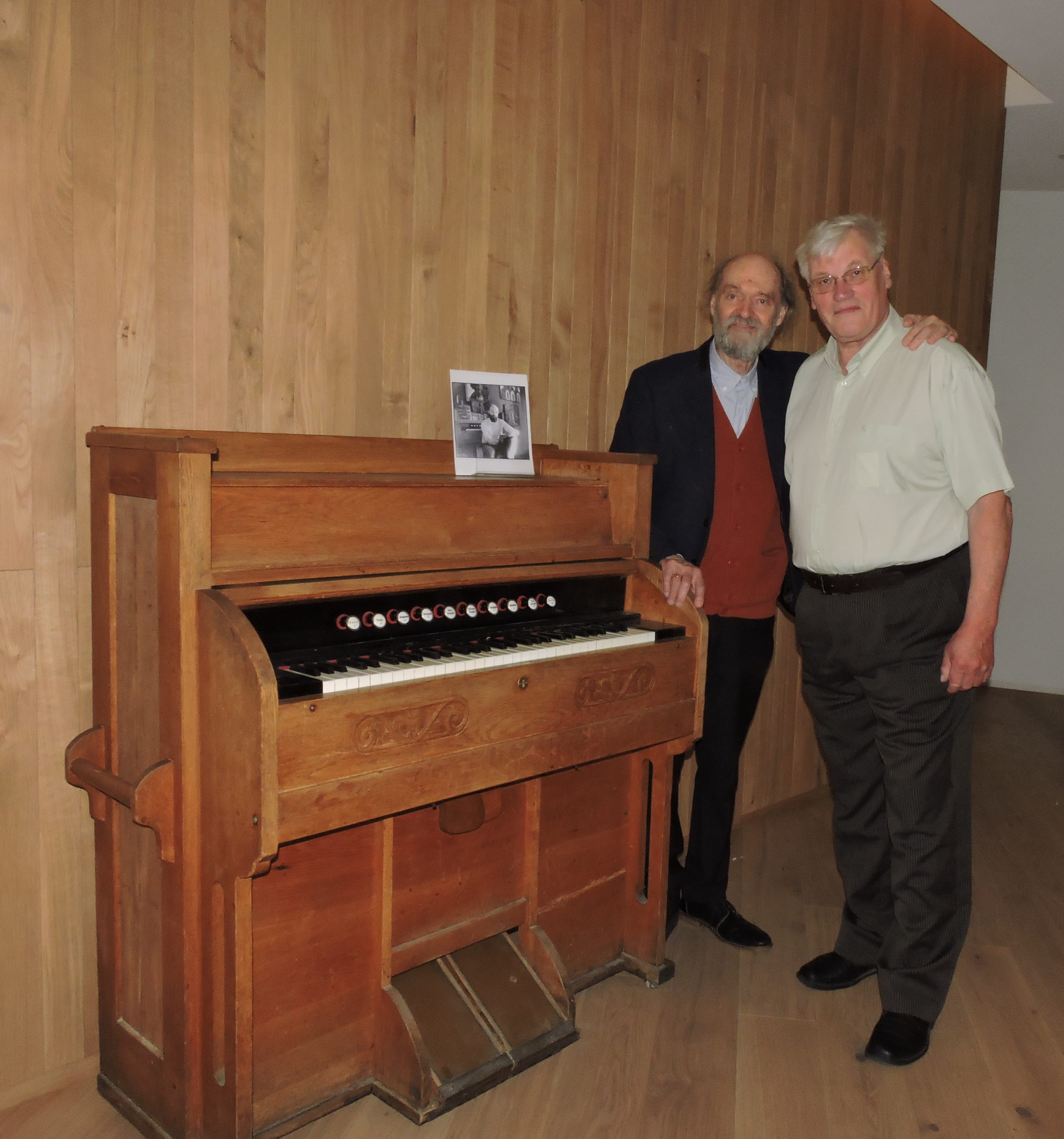