Snow is falling… – a manuscript score with such a title, suitable for this time of year, was presented to us by the Theatre and Music Museum whom we were glad to host yesterday at the centre. The piece is a German children’s song arranged by Arvo Pärt, which was found by museum scholar Ene Kuljus, while ordering Valter Ojakäär’s collection. The arrangement is probably from 1958–67, when Arvo Pärt worked as an audio engineer at Eesti Raadio. At the top of the score, we find the stamp of the ESSR Radio Committee collection of scores with the number 2786. Based on the musical notation one would suspect that it is a song to be accompanied by piano, but the more specific work of clarifying such details still awaits the workers in the centre’s archive.

We are grateful to the Estonian Theatre and Music Museum for this great present!

The Estonian Theatre and Music Museum and the Arvo Pärt Centre are connected by a long history of collaboration. A large amount of Pärt’s sketches and sheet music from 1950s–1970s is held at the Estonian Theatre and Music Museum. In fact, during the Soviet period all original sheet music belonged to the state and composers were left with just manuscript copies. In collaboration with the museum, these manuscripts are available at our archive as digital copies. In addition, the museum has helped us with digitising earlier concert programmes, which are important historical materials for the dating of debut performances, among other things. 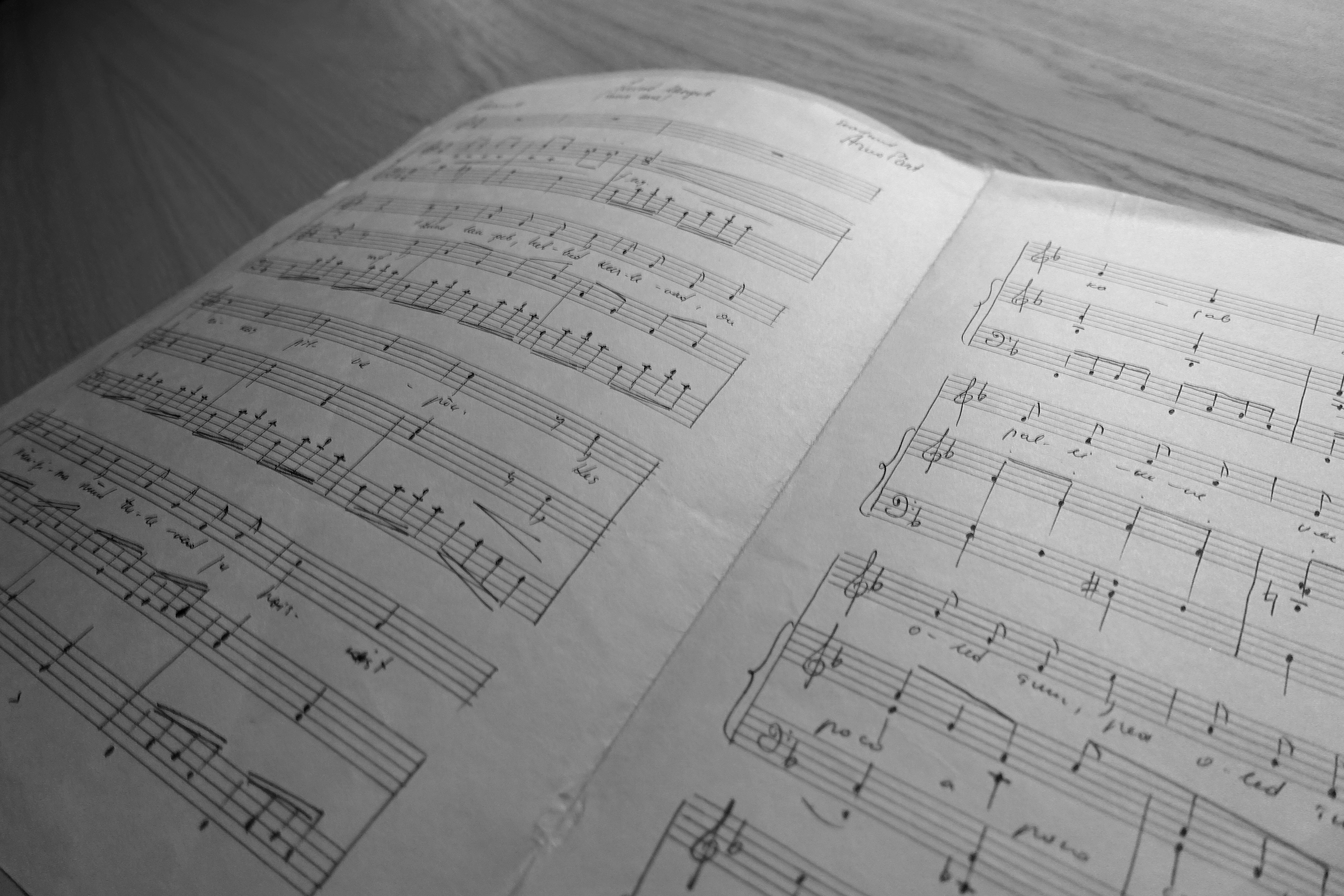