On 10 December a new work by Arvo Pärt will première in Vienna – “Kleine Litanei” created for a cappella mixed choir.

The piece was created in October 2015, on the commission of the Wien Museum for the reopening of St Virgil’s Chapel in Vienna. At the ceremonial opening night “Kleine Litanei” will be performed by the Arnold Schoenberg Choir and conductor Erwin Ortner, to whom the piece is dedicated.

St Virgil’s Chapel is a unique Medieval shrine, located in the centre of Vienna, right under Stephansplatz, in front of Stephansdom, 12 metres down. This crypt, built in the 13th century, was originally part of the small Magdalene Chapel, which was mostly used for funeral services. When the church was destroyed in a fire at the end of the 18th century, St Virgil’s Chapel was also lost under the ruins. It was rediscovered in 1973 when the new Viennese underground rail was being built. After years of renovation, the chapel will be opened as a small Medieval museum.

The chapel gets its name from St Virgil, to whom also one of the many altars of the chapel is dedicated. Virgil (c. 700–784) was an Irish Benedictine monk, theologian, philosopher and, during the last decades of his life, also the bishop of Salzburg.

Arvo Pärt’s “Kleine Litanei” humbly addresses this great theologian and thinker of the Early Middle Ages and invites everyone to prayer and contemplation. The dramaturgical form of the text consists of traditional payers by the composer himself.

At the opening ceremony of the chapel another of Pärt’s works, the “Deer’s Cry” from 2007, with a text authored by another Irish saint, St Patrick, will also be performed. Both of these works will be presented to the audience by the Arnold Schoenberg Choir, whose fine-tuned abilities of interpretation are held in high regard by Arvo Pärt, who has also said that these musicians seem to comprehend the essence his work instantly. 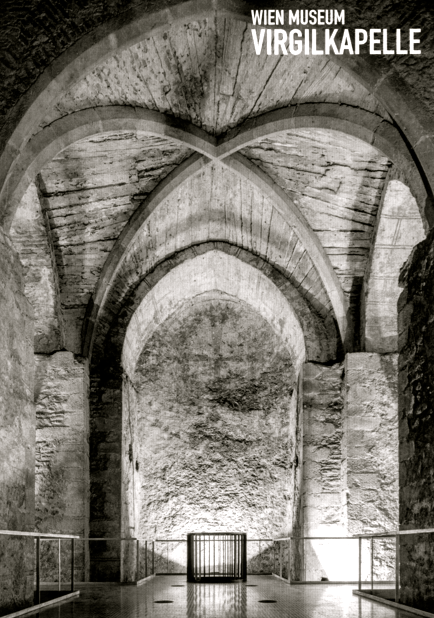