While the wider public primarily knows Tõnu Tormis as a long-serving singer in the Estonian Philharmonic Chamber Choir, those aware of art and photography know him as a talented portraitist. “Over the years, Tormis has put together a marvellous series of Estonian cultural figures – he is one of the few photographers with an extraordinarily vibrant vision, able to broadly “recreate” the characteristics of the subject, their unique outlook, their “inner life” and their spirit,” explains Peeter Linnap, Head of the Photography Department at Tartu Art College.

In October this year, Tõnu Tormis presented the photographic exhibition to the Arvo Pärt Centre. According to Anu Kivilo, the Director of the Centre, it is a high-quality comprehensive exhibition about the composer, which other institutions can also borrow for display on agreement with the Centre and the photographer. “We’re happy to say that thanks to the collaboration with Tartu Art College, it’s now possible to see this exhibition again in Tartu, after it was last here more than 10 years ago.”

The exhibition “On Pärt” consists of 30 photographs, mounted behind glass, depicting the composer Arvo Pärt from 1978 to 2005.Among the photographs are snapshots of the composer and the producer Manfred Eicher taken during the recording of the album Te Deum in 1993 at the Lohja Church of St. Lawrence in Finland. Tõnu Tormis’ photographs also depict the composer in 1997, when ECM was recording Kanon pokajanen at St. Nicholas’ Church, Tallinn, with Tõnu Kaljuste and the Estonian Philharmonic Chamber Choir, and in 1998, after the composition’s world première in Cologne Cathedral. The exhibition also includes photographs from other trips abroad, and two photographs from 1978 in a domestic setting with the composer’s wife Nora Pärt in one of them.

This exhibition was shown for the first time in 2002 at the Rakvere Museum, for Arvo Pärt’s 67th birthday. Back then it consisted of 12 photographs. In November 2002, people were able to visit the exhibition, expanded to include 21 photographs, at the DR Koncerthuset in Copenhagen, in connection with the Arvo Pärt Festival. The exhibition reached its current scope and volume by 2005, when it was exhibited in Tallinn, Tartu, and again in Rakvere. In 2006, the exhibition was displayed at the Goetheanum during the festival “Culturescapes” in Dornach, Switzerland; and in 2008, it was exhibited at Rennes Opera House, France, during the music festival “Marathon XXI”. 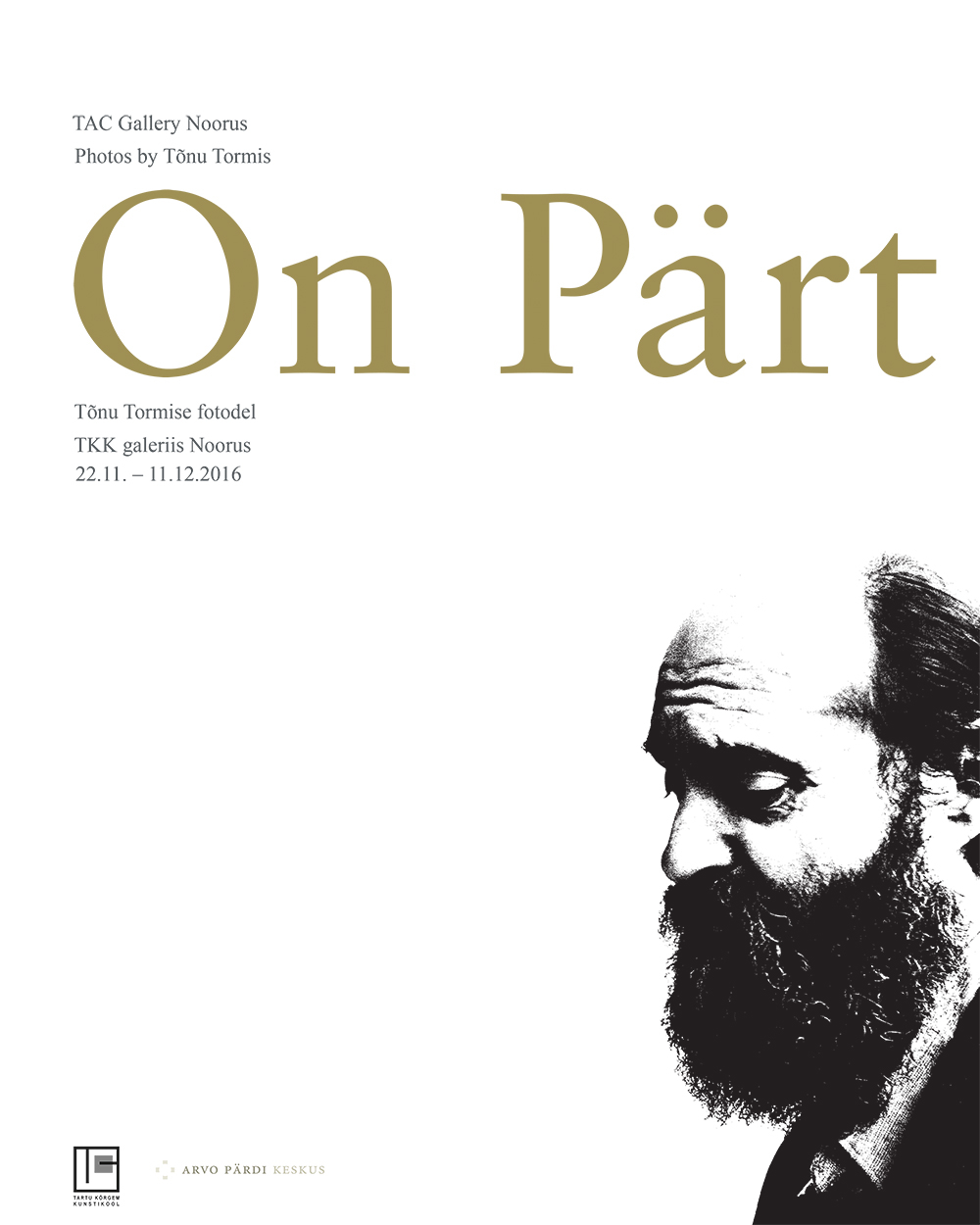