The Arvo Pärt Centre’s collection of musical instruments has received a worthy addition ‒ an innovative Una Corda small piano, handcrafted by Latvian piano maker David Klavins. This instrument is characterised by a clean sound and less resonance compared to a standard cabinet piano, the secret of which lies in its special construction. The Una Corda piano, as its name suggests, has only one string for each key. The piano’s open body design and lightweight, vertically positioned double-layer soundboard also help to create a delicate sound.

The first Una Corda piano was built in David Klavins’ workshop in 2014, and the piano that arrived at the Arvo Pärt Centre is only the fortieth instrument to be built in this way. The piano is located in the Centre’s creative room and can be used by musicians and composers residing at the Centre for their work and inspiration. The sound of Una Corda will be definitely heard at future concerts at the Centre, and hopefully on some of the recordings made here.

We are very grateful to our supporter (who wishes to remain anonymous) whose targeted donation made the acquisition of Una Corda possible! 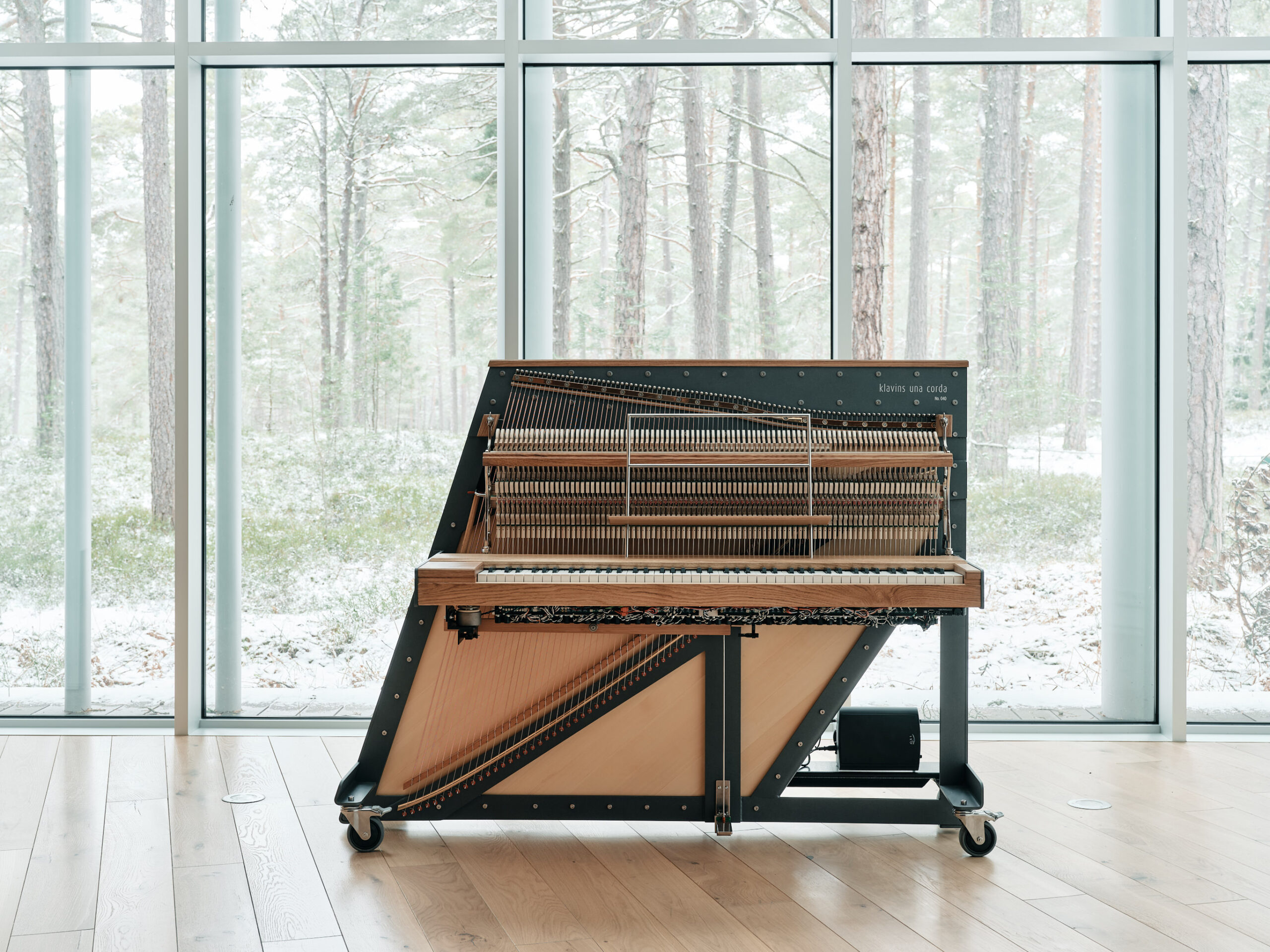