“Labyrinth of Stillness”, a concert by the uniquely composed ensemble Una Corda (Estonian chromatic kannel, harp, harpsichord), focuses on the intersections between the work of different composers and the music and mindset of Arvo Pärt.

The concert will feature Evening Bells by Galina Grigorjeva, inspired by Russian Orthodox church bells and specially composed for Una Corda; Joy by the Finnish composer Pekka Jalkanen, composed for the Estonian chromatic kannel in a natural continuation of the composer’s long-standing interest in Estonian music, and Arvo Pärt’s work in particular; and Labyrinth of Silence by the Portuguese composer Hugo Vasco Reis, whose numerous interests include plucked string instruments, with their unique ability to touch on the border of silence. These pieces are accompanied by free improvisations and the concert is brought together as a whole by arrangements of Arvo Pärt’s works.

The trio Una Corda (“one string”), founded in 2009, consists of kannel player Kristi Mühling, harp player Liis Jürgens and harpsichord player Ene Nael. The sound of Una Corda is characterised by an intimate and delicate palette, which is punctuated by stronger accents and images. Listeners have described their music as Nordic and mystical. The ensemble has a diverse repertoire – their performance lists include original music by renowned composers, as well as arrangements and free improvisation.

Tickets (15/25/50 euros) are on sale in Fienta ticketing system and at the Centre's information desk.
Buy tickets
Share 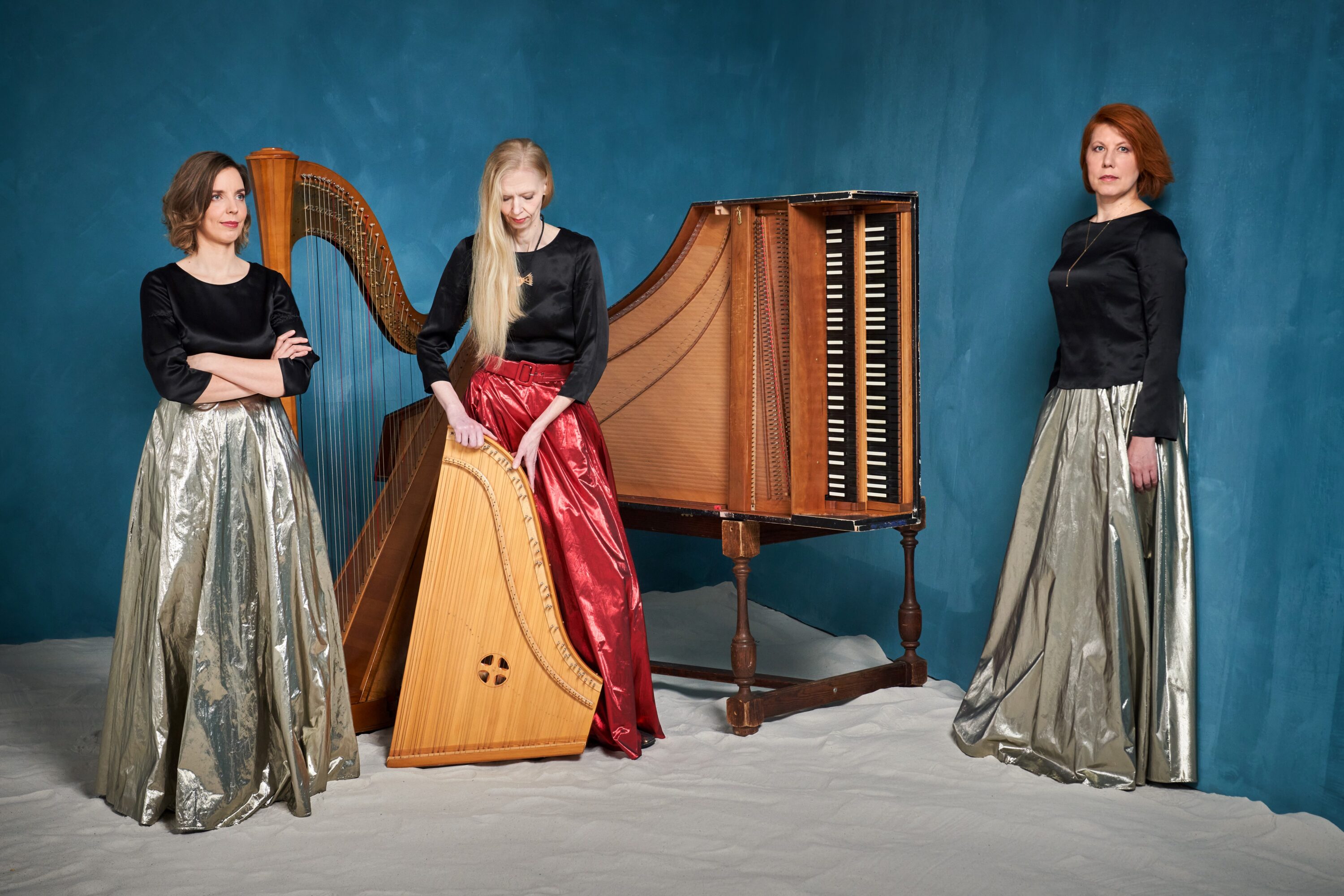