The setting for Novitiate—the directorial debut of Maggie Betts who won the Special Jury Prize – Breakthrough Director Award for the film at the Sundance Film Festival—is the United States in the 1960s. The film tells the story of the religious awakening of a young girl from a non-religious family. The events of the Second Vatican Council, which reformed 20th-century theology and the Catholic Church intensely, provide a background for the plot, with its innovations also contributing to the determination of the young novice’s life. This film also features several compositions by Arvo Pärt, with the audience being treated to Sieben Magnificat-Antiphonen, Lamentate, My Heart’s in the Highlands and Spiegel im Spiegel. 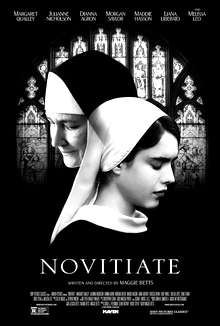